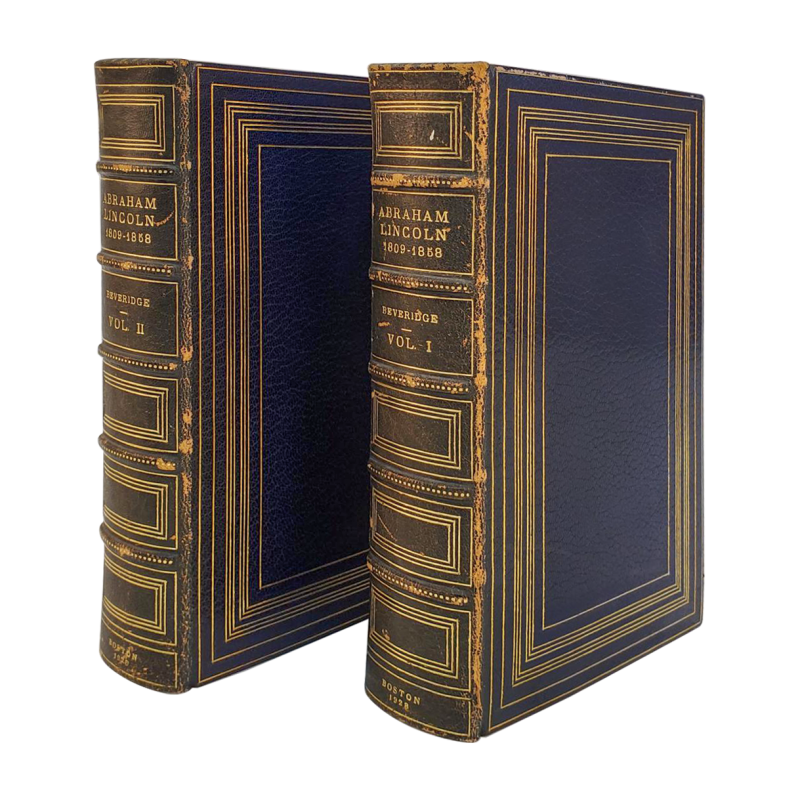 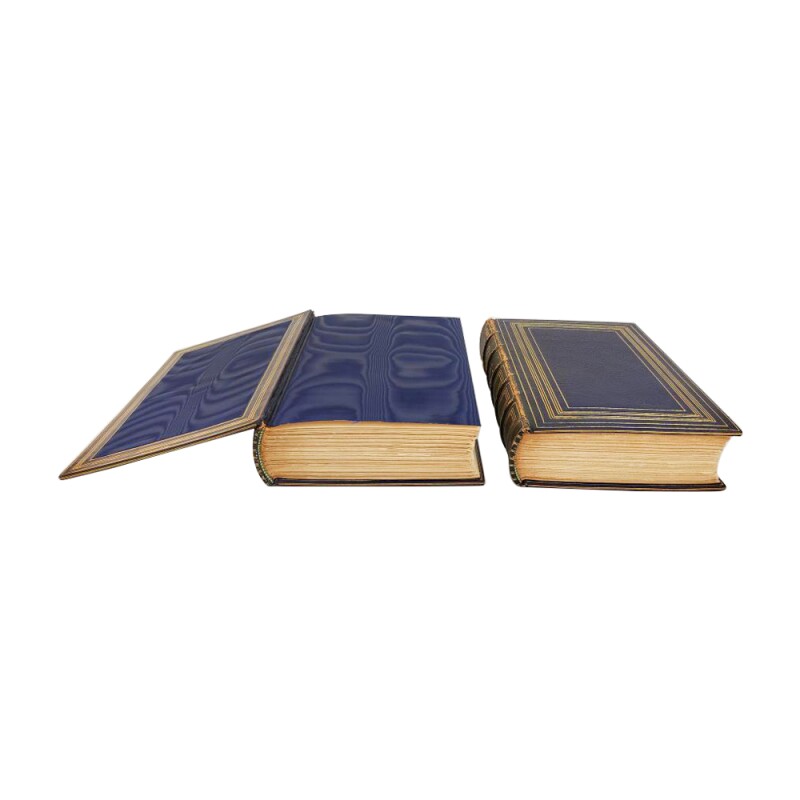 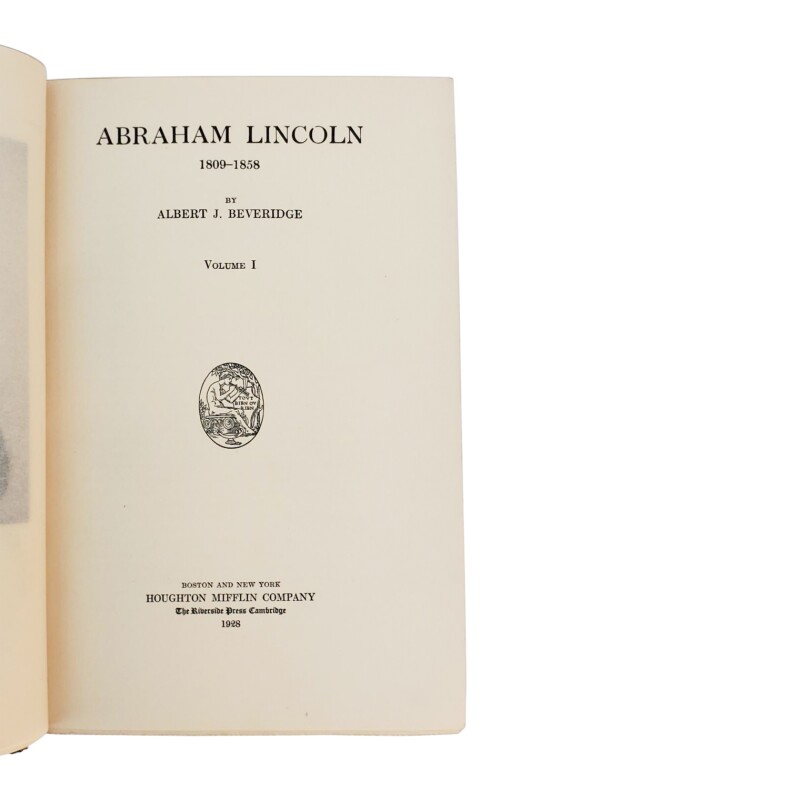 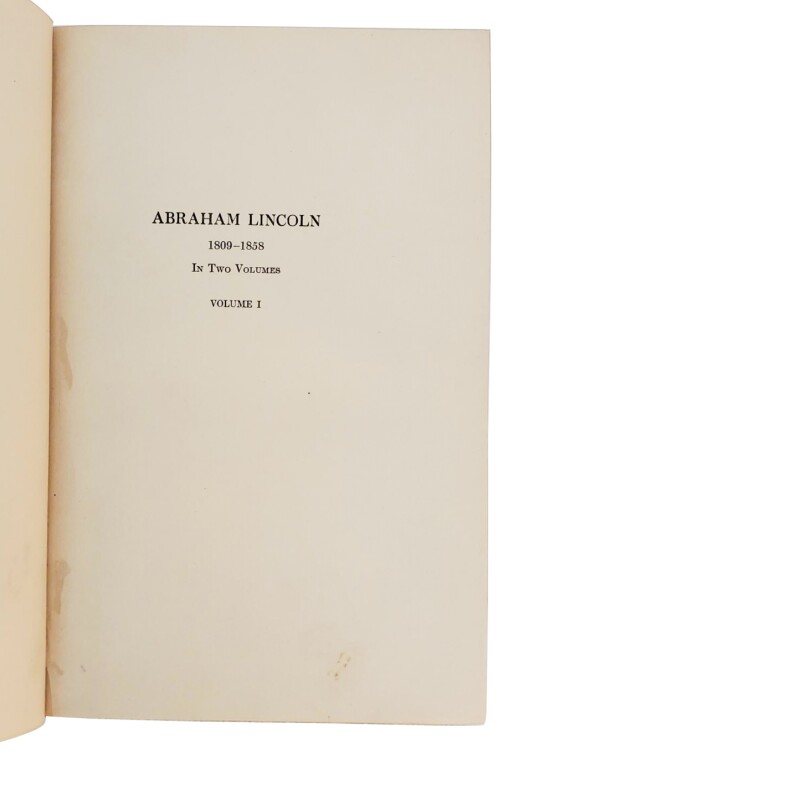 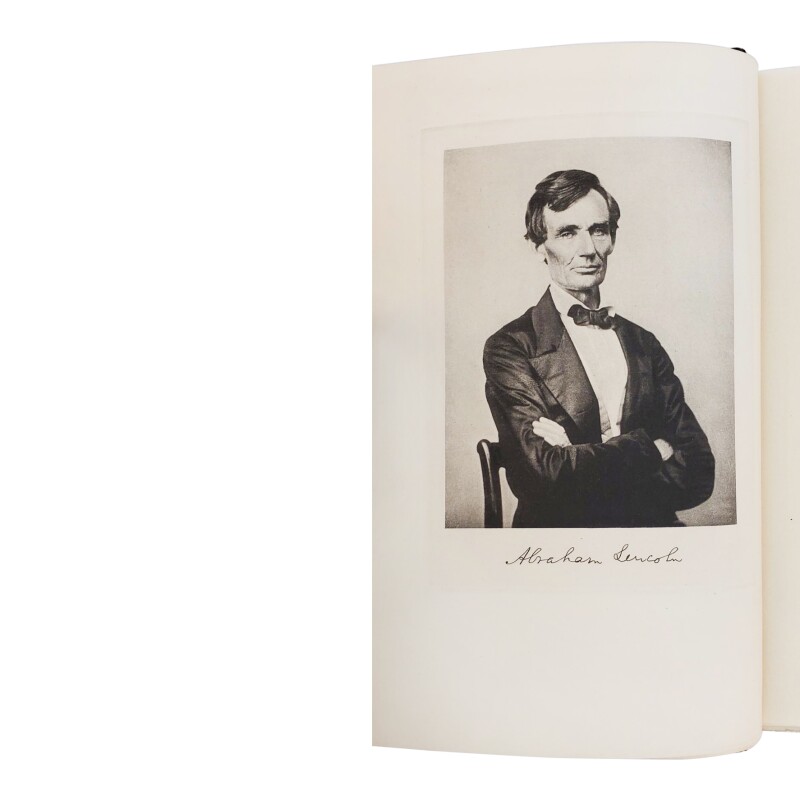 First edition, first printing of the life of Abraham Lincoln.

Includes 2 pages of a bifolium written by Worthington Chauncey Ford on Massachusetts Historical Society letterhead, dated 17 Decem. '28, and measuring 24.75 x 20.25cm. The letter has a flattened mail fold, with light toning along fold. It reads in part: "This is a unique copy of the work in that it has the two photogravures printed on india paper (of which only three impressions were made) and the preface is signed. It is bound by Riviere of London and is one of the first issue, received before the day of publication...It was a high privilege to have a part in the undertaking and to share in the recognition it has received."

Bindings with some wear to the hinges and spines.