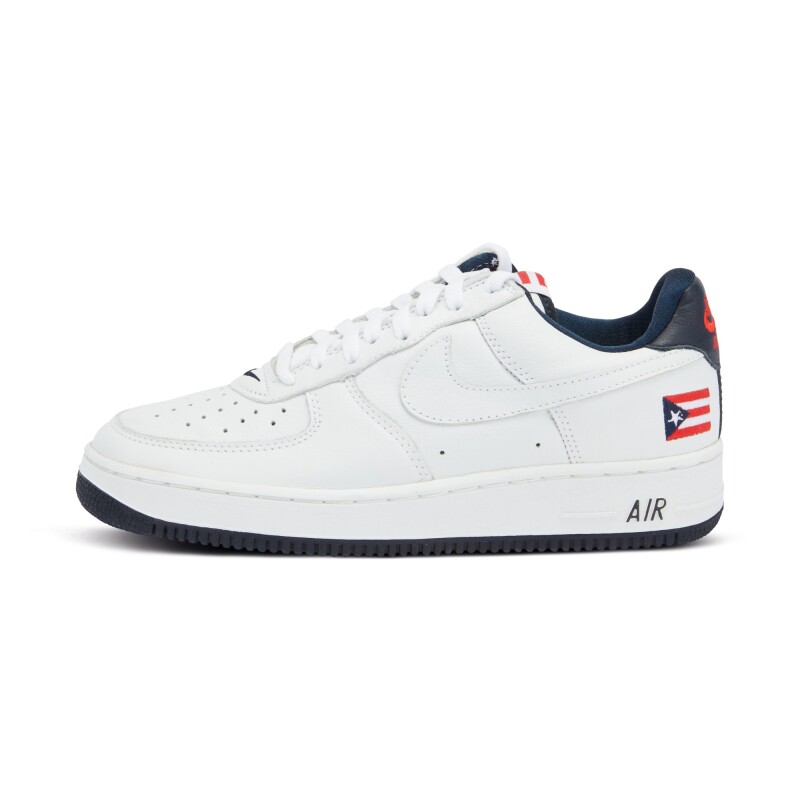 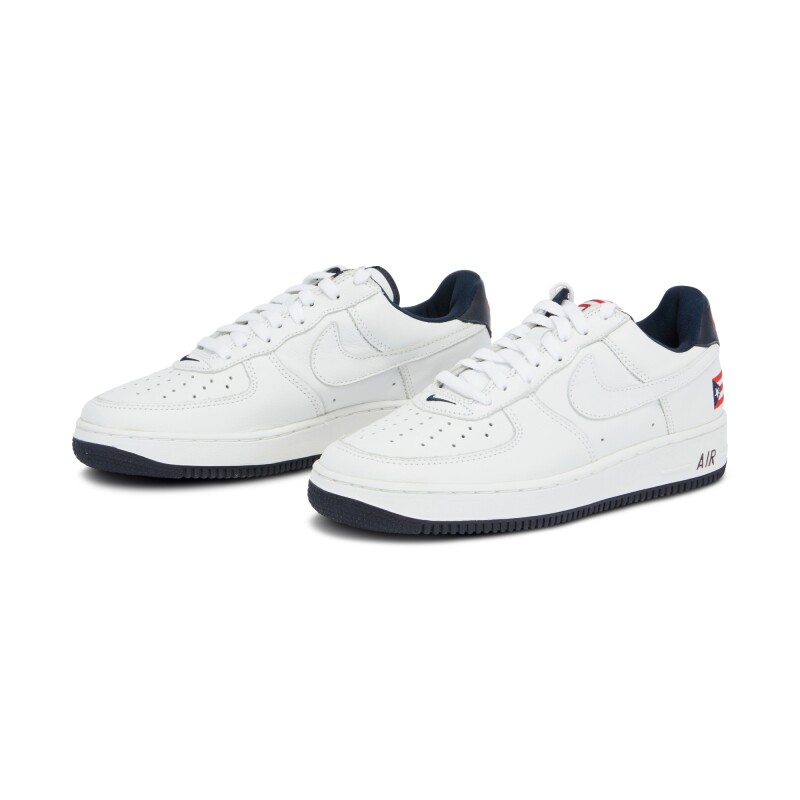 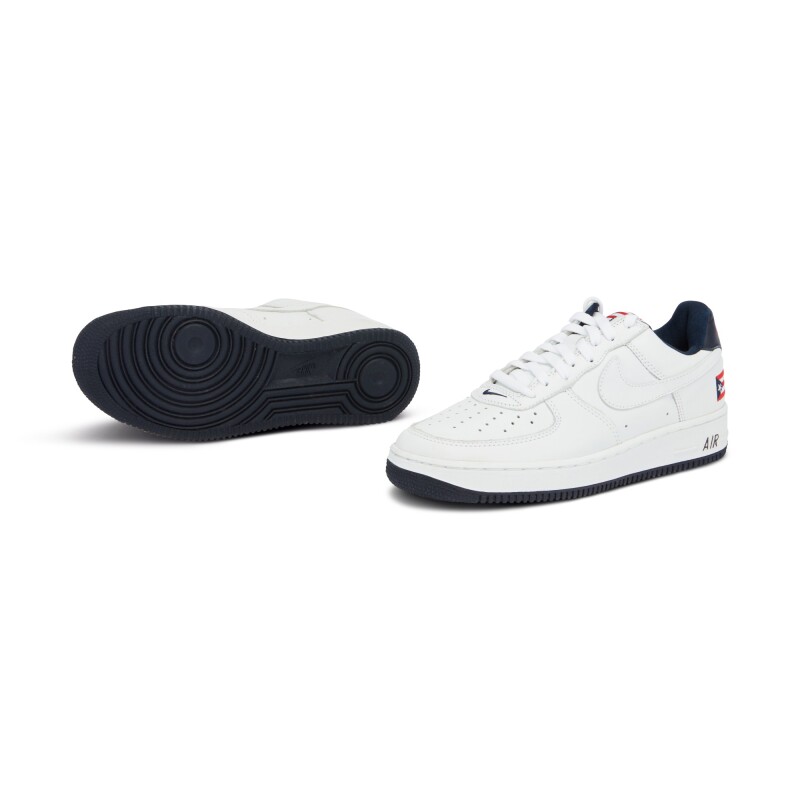 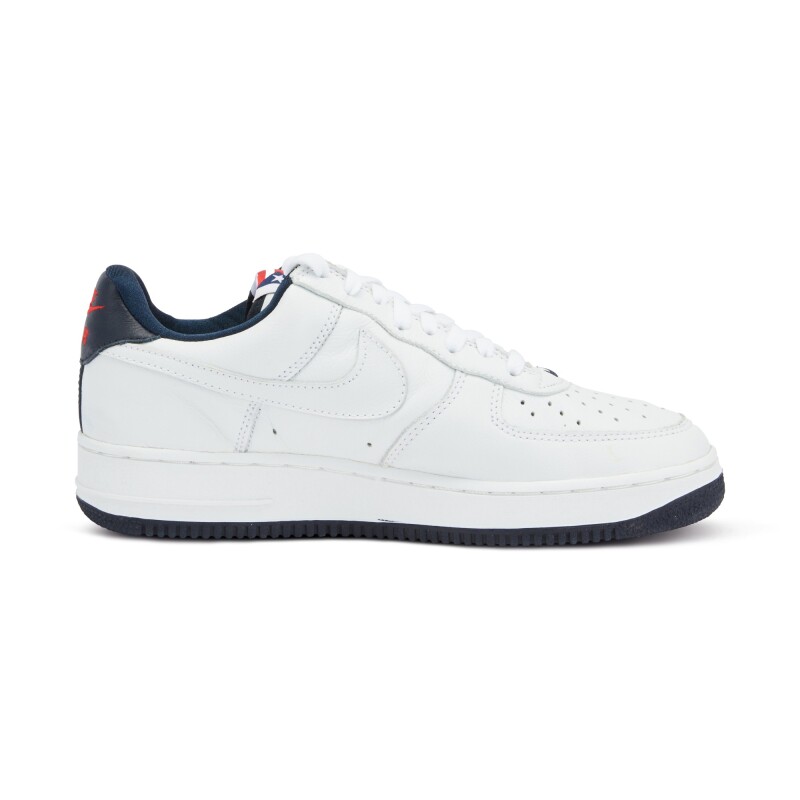 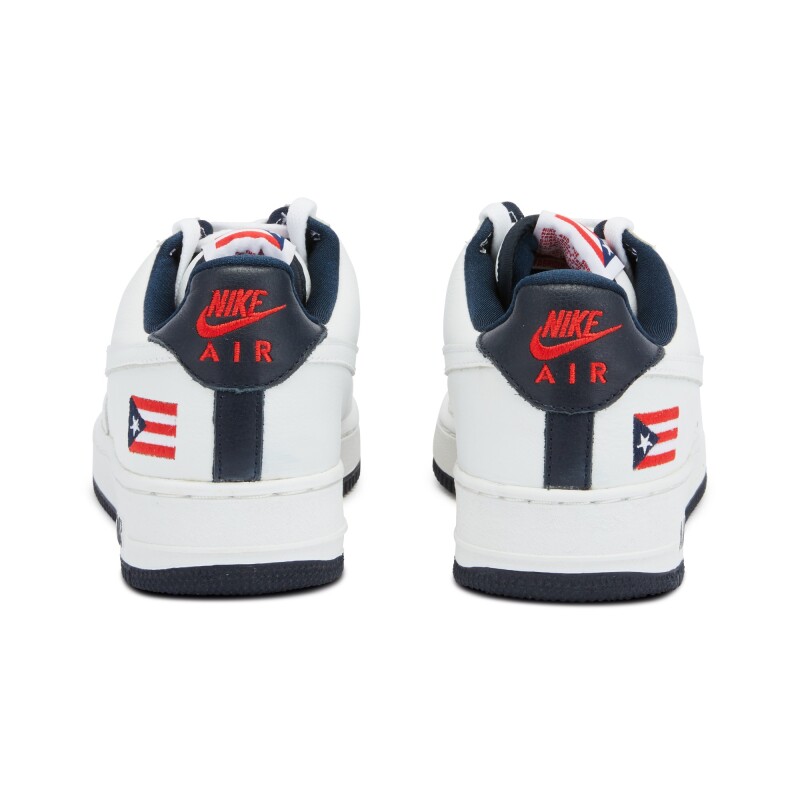 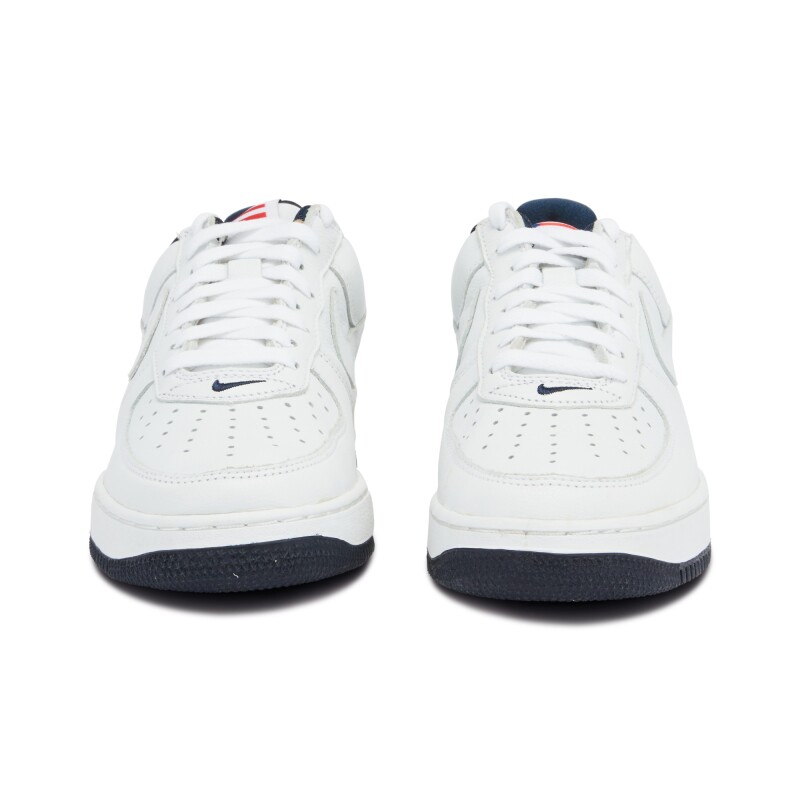 The Air Force 1 ‘Puerto Rico’ released in 2000, is Nike’s first symbolic recognition of the role the New York Puerto Rican Community played in making the Air Force 1 a worldwide sensation. Originally released in 1982, the Air Force 1 is named after the presidential aircraft. Designed by Bruce Kilgore, it was the first basketball shoe to feature revolutionary air pocket technology. Today it is one of Nike’s most iconic, bestselling sneakers.

Some signs of aging in the leather.