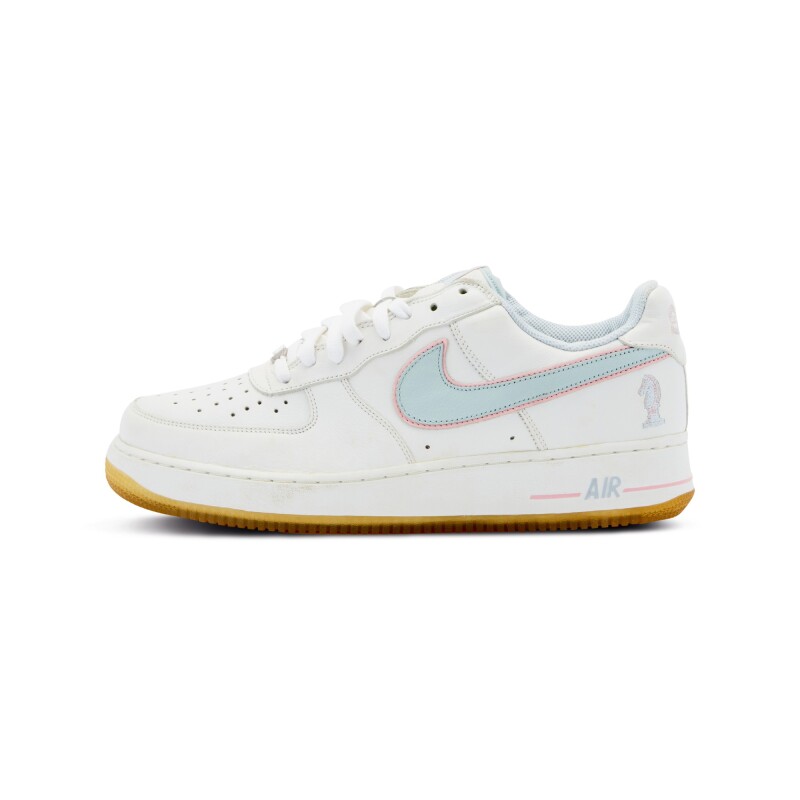 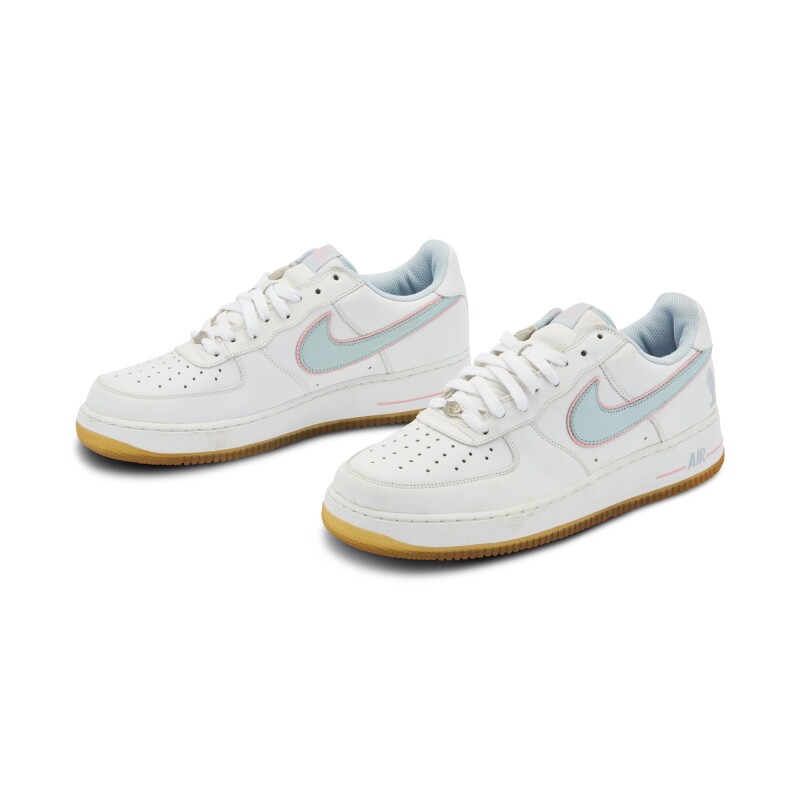 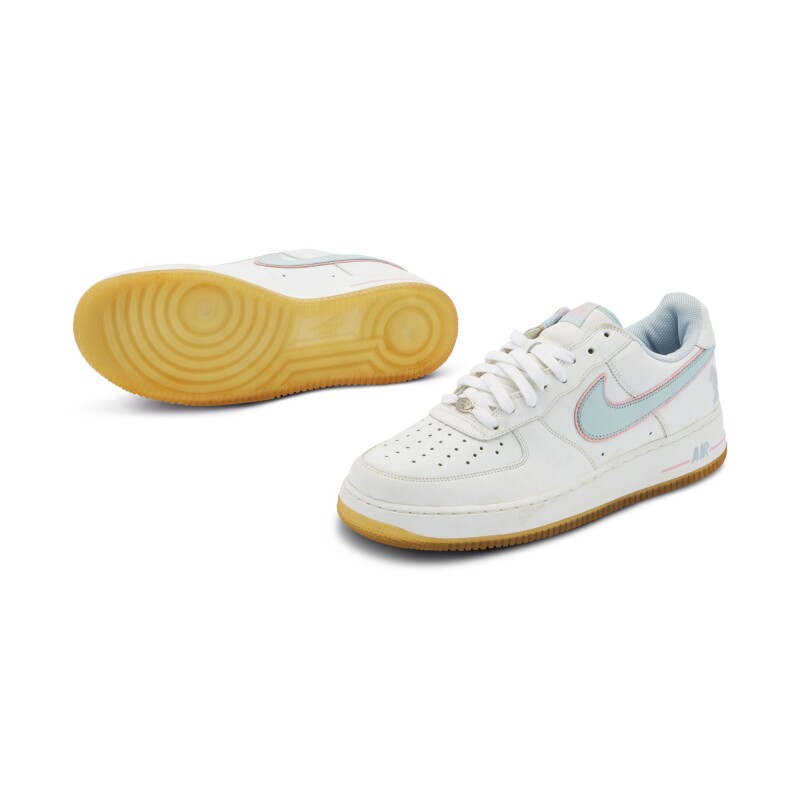 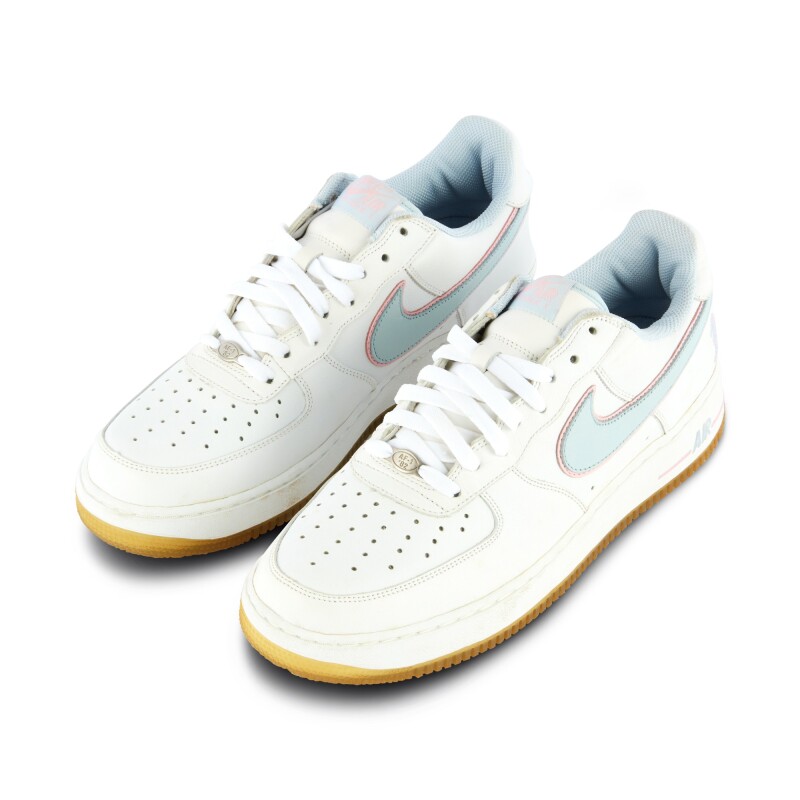 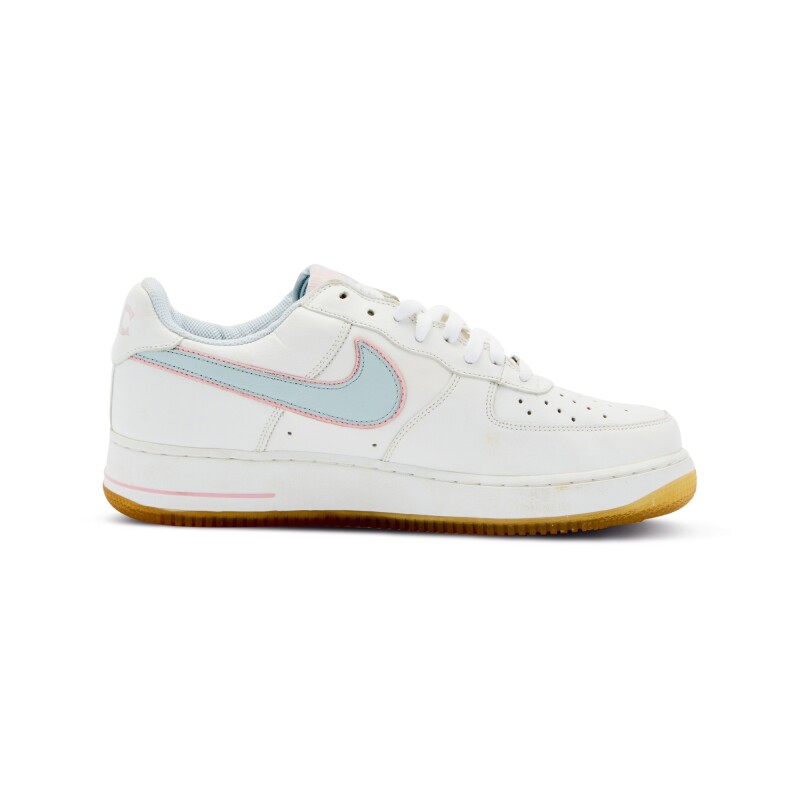 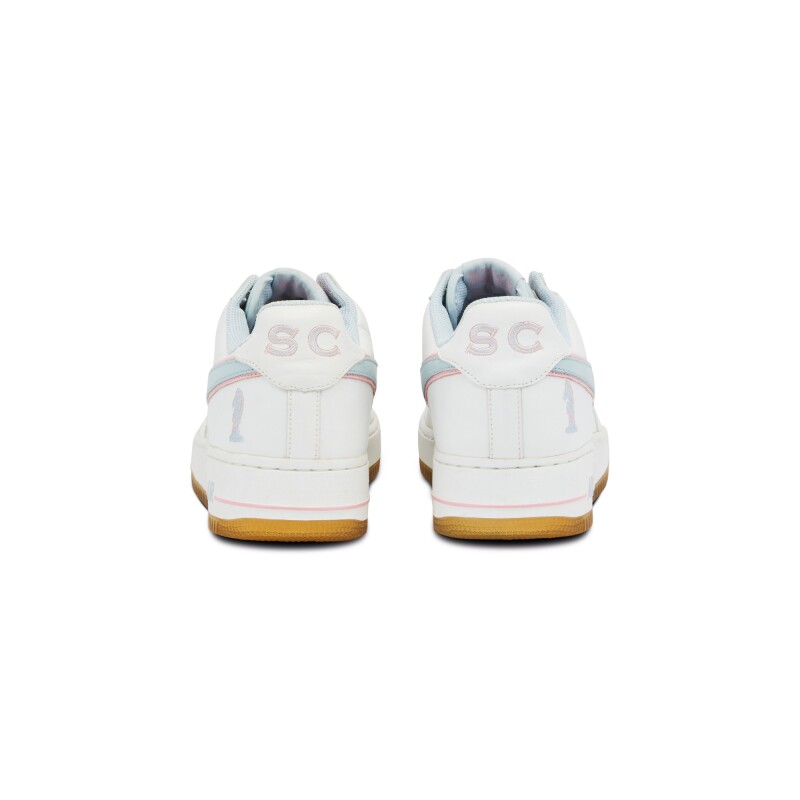 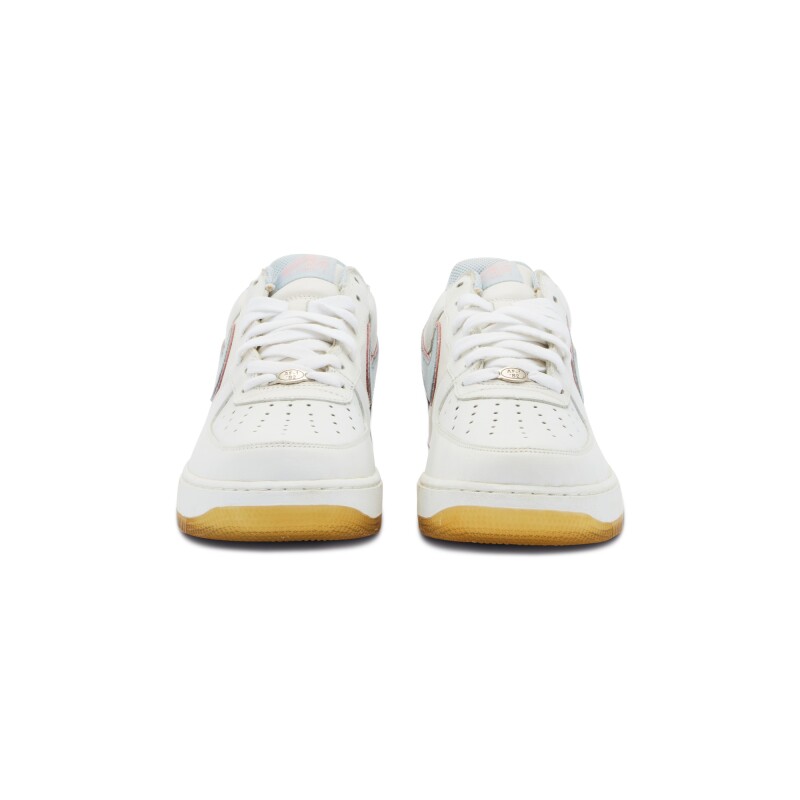 An incredibly rare pair of promo Air Force 1s designed in celebration of LeBron James in 2004. Only a small quantity was created for LeBron’s friends and family. The design commemorates his close circle of four highschool friends who call themselves the ‘Four Horsemen.’ Complete with a customized logo, the white uppers feature stacked blue and pink Swooshes. Each shoe was personalized on the the heel tab with the initials of the friend for whom they were created. This particular pair is labeled ‘SC.’

Occasional marks to midsoles and uppers.