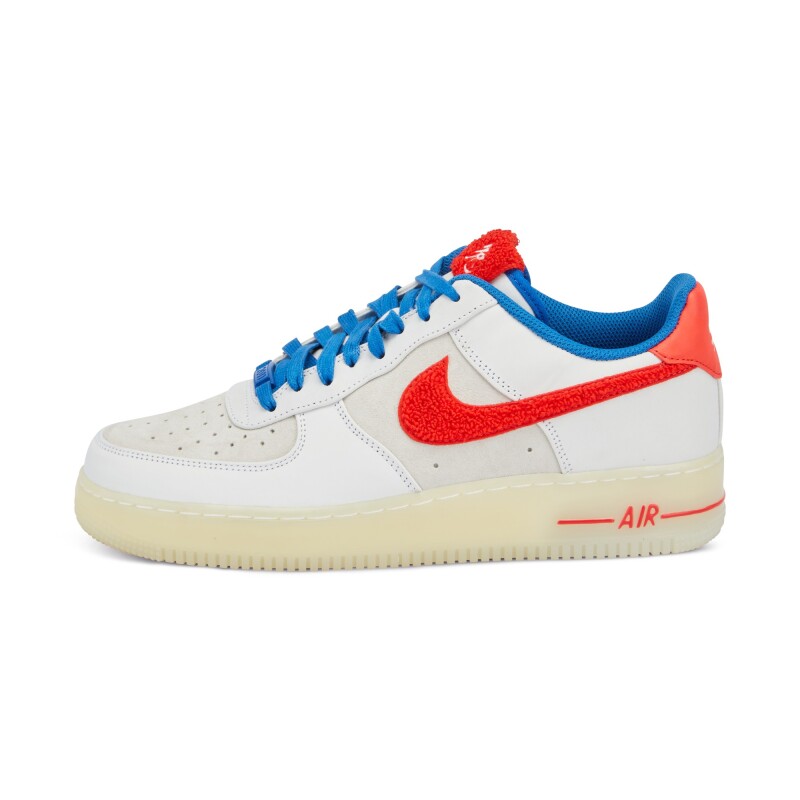 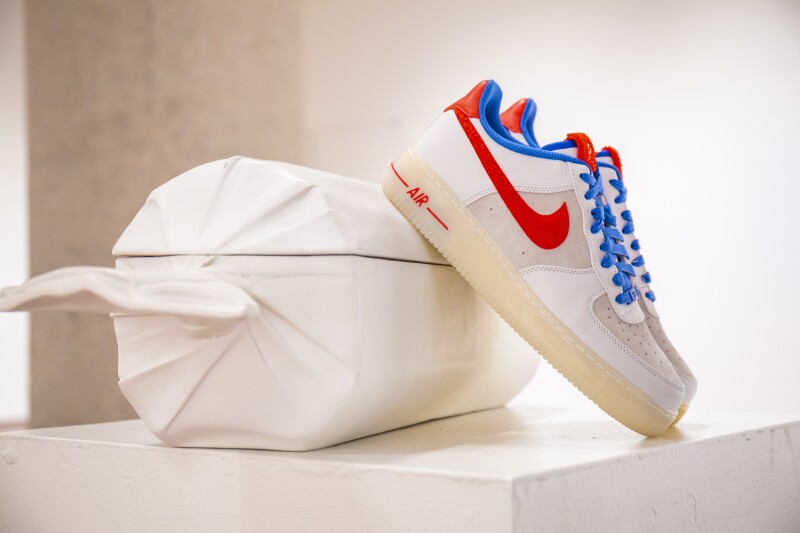 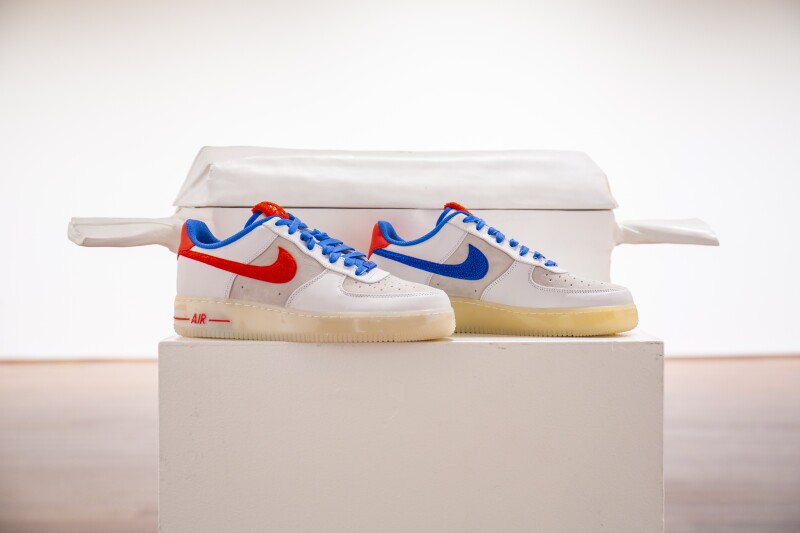 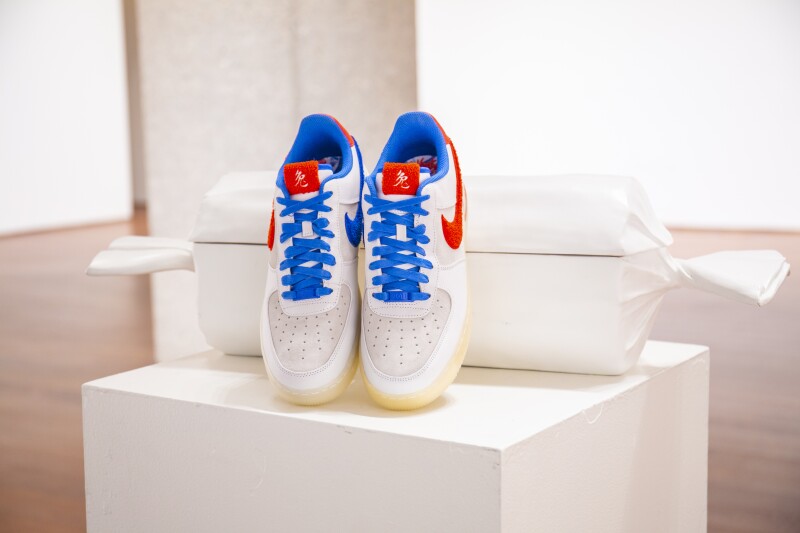 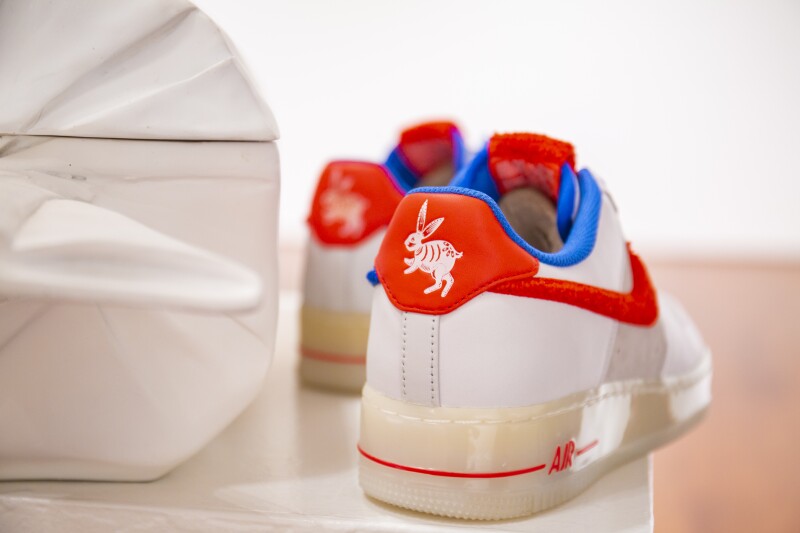 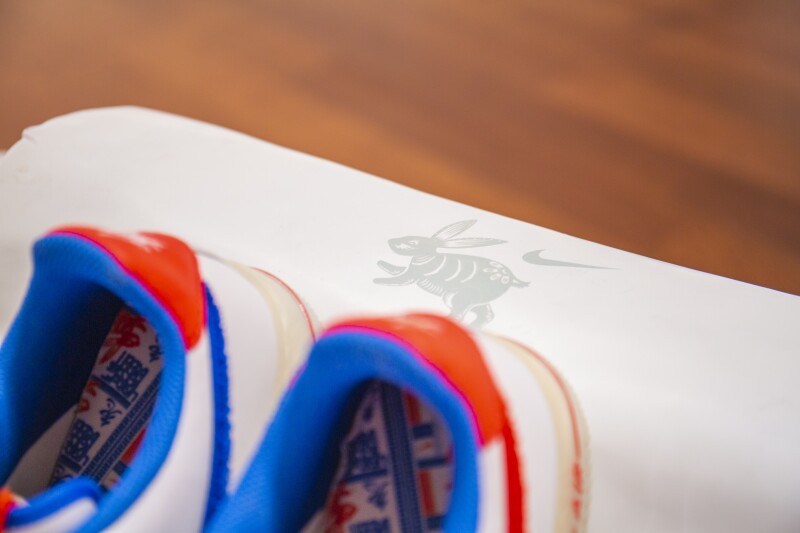 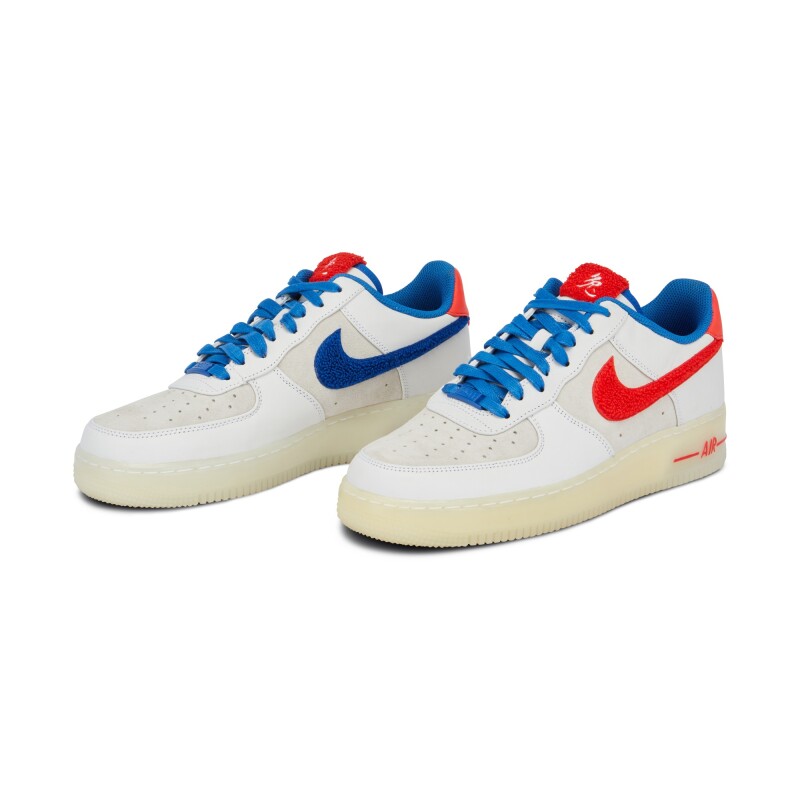 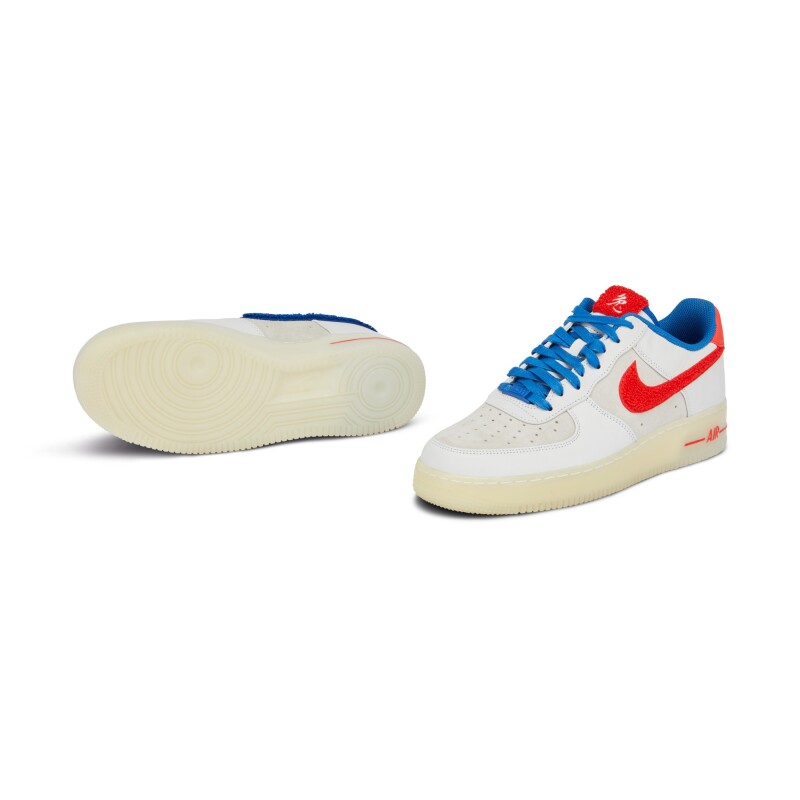 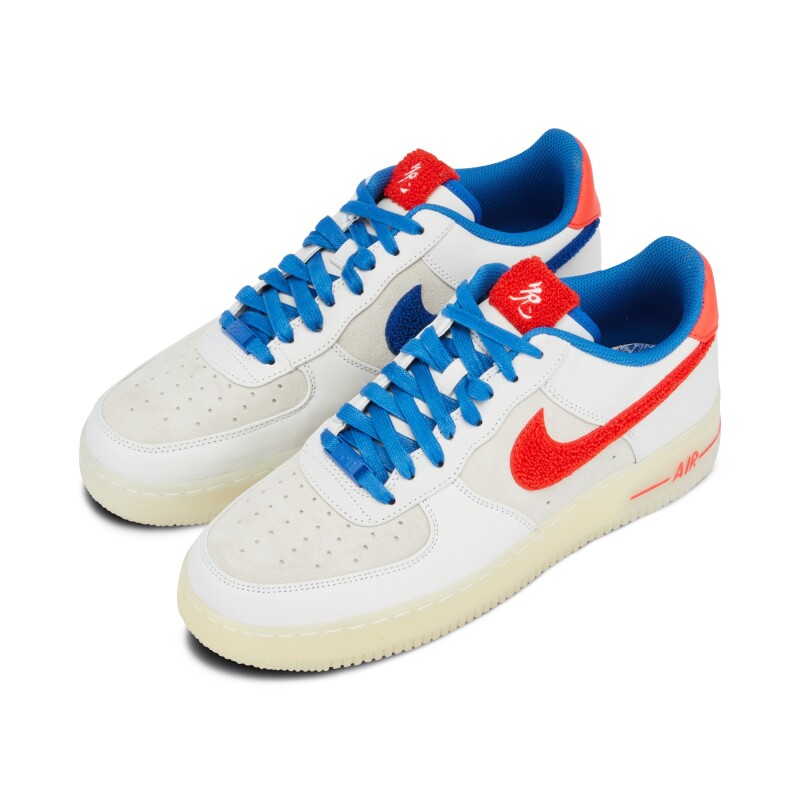 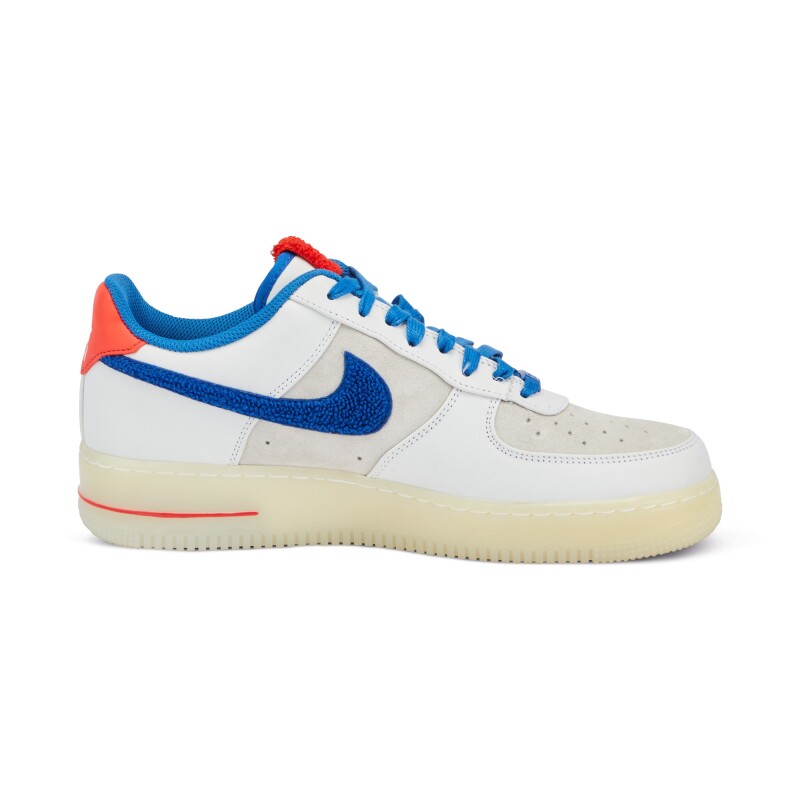 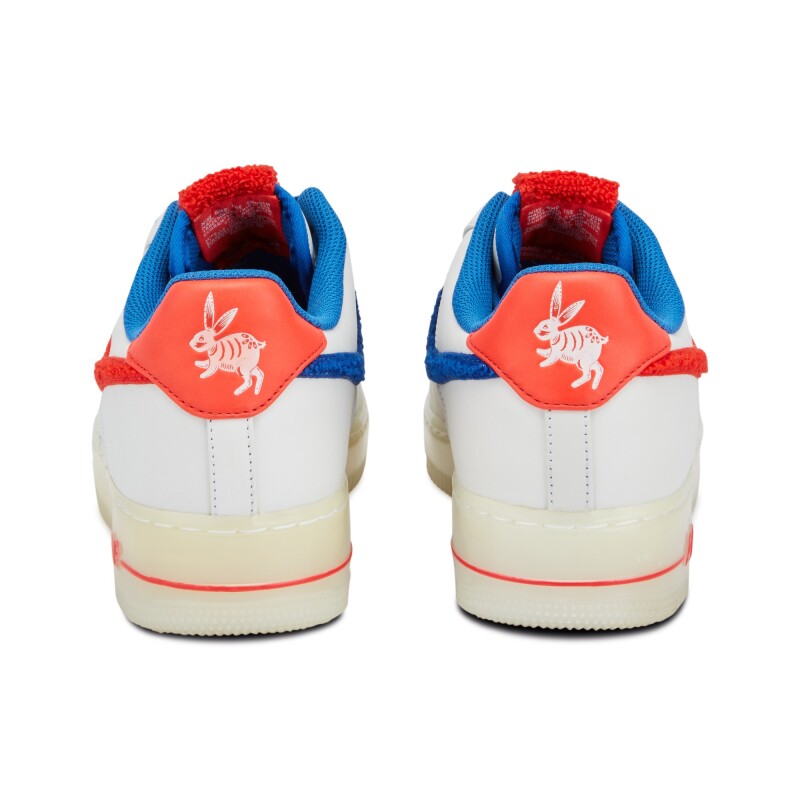 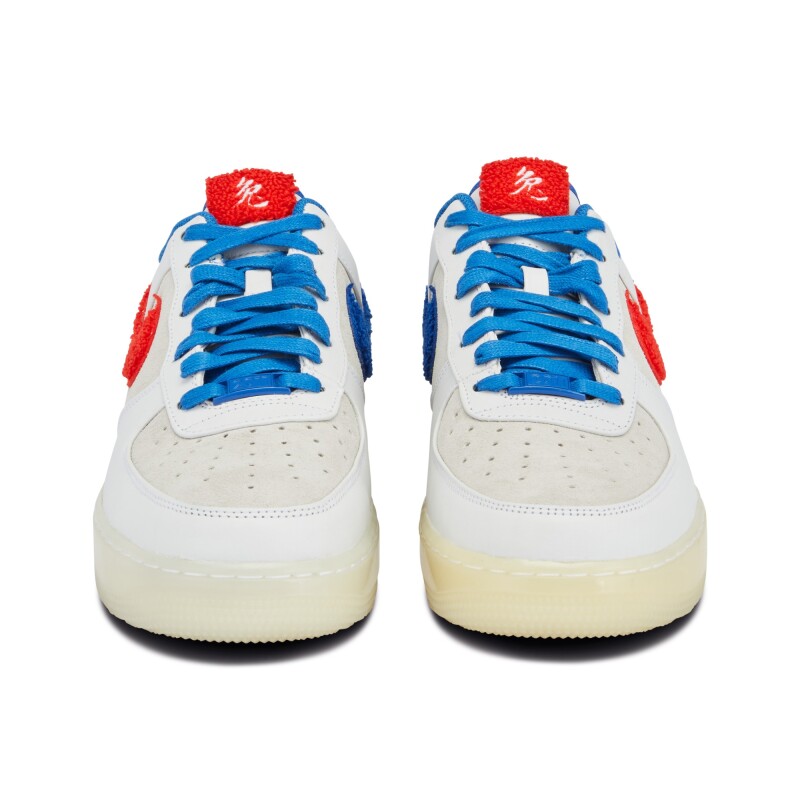 The clean build features premium white leather uppers, platinum suede panels and a milky white midsole. Pops of color include vibrant red and royal blue mismatched Swooshes, blue laces, blue ‘2011’ deubrés. The Chinese character for rabbit features on the red tongue tag. The shoes come packaged in a special container molded to look exactly like the White Rabbit candy on which this release is based.

Exterior of box is lightly marked and scuffed.