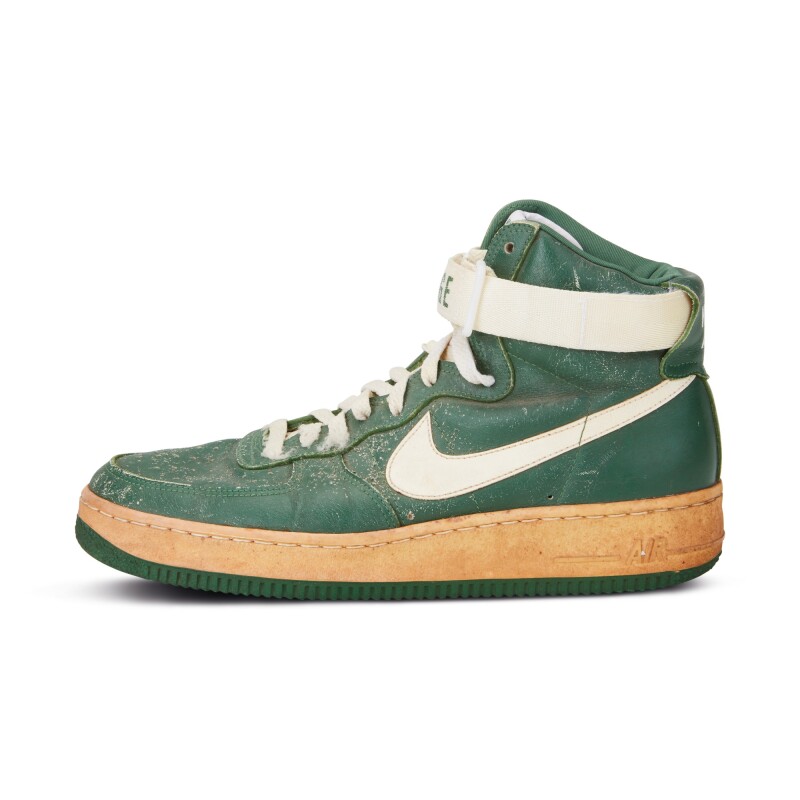 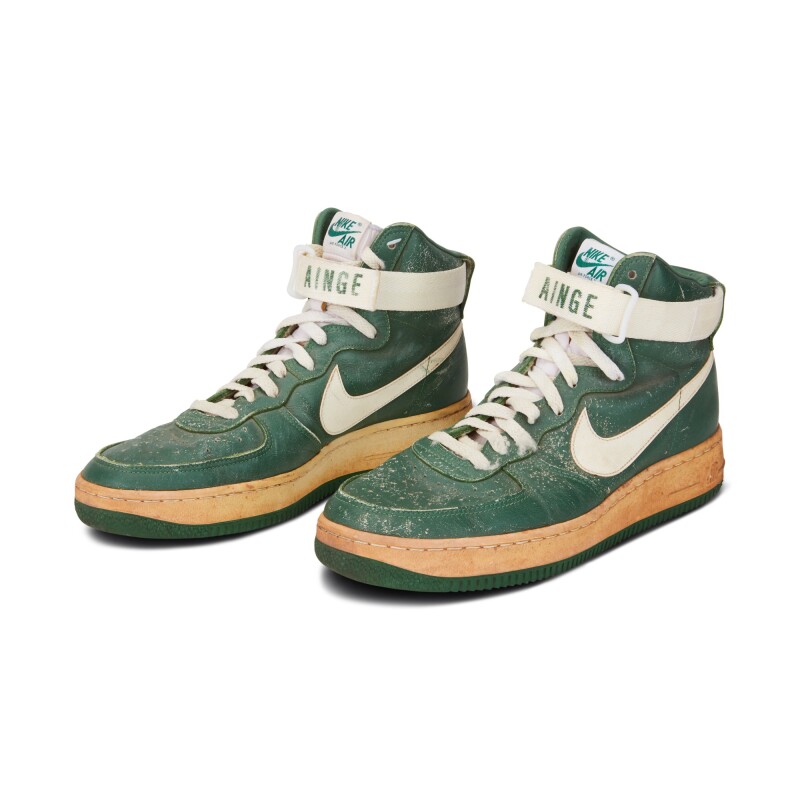 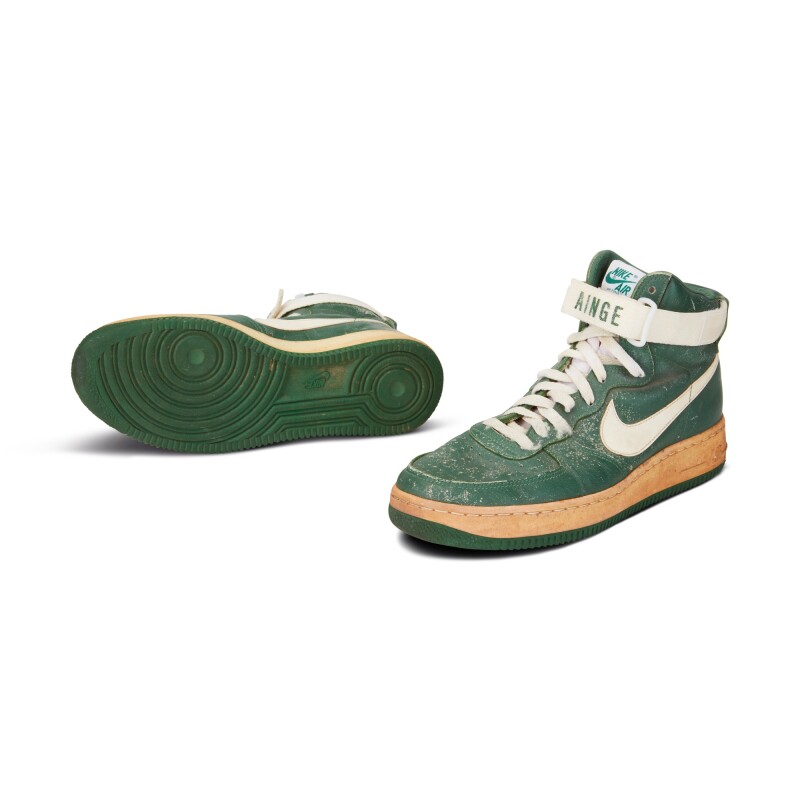 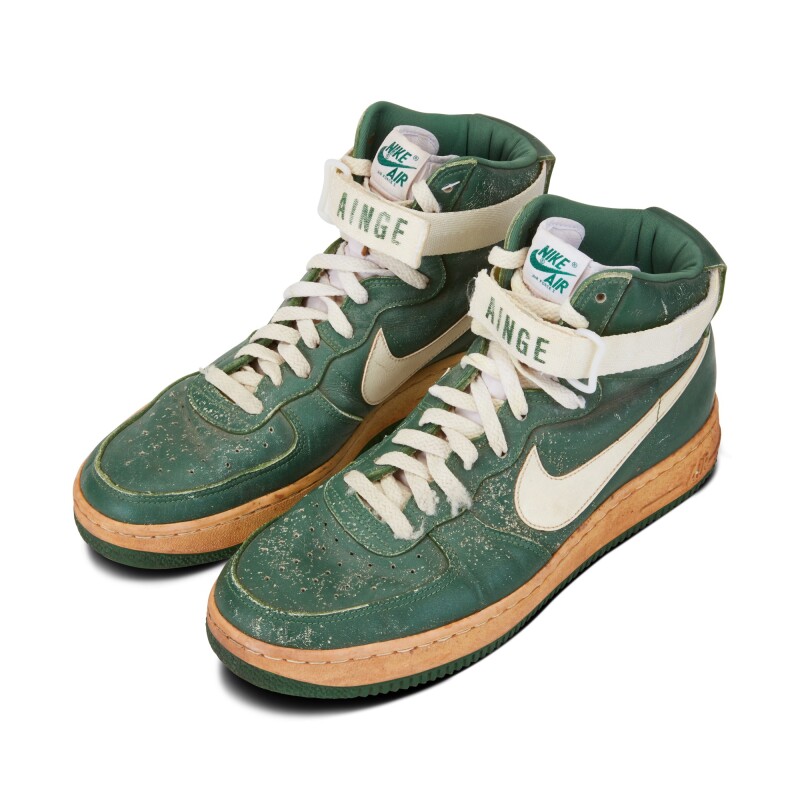 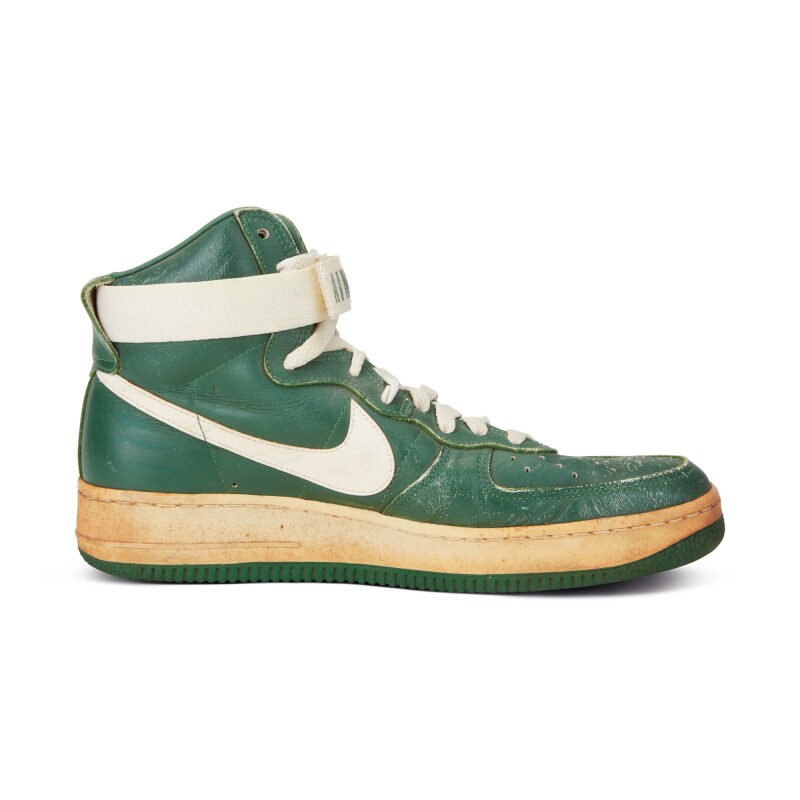 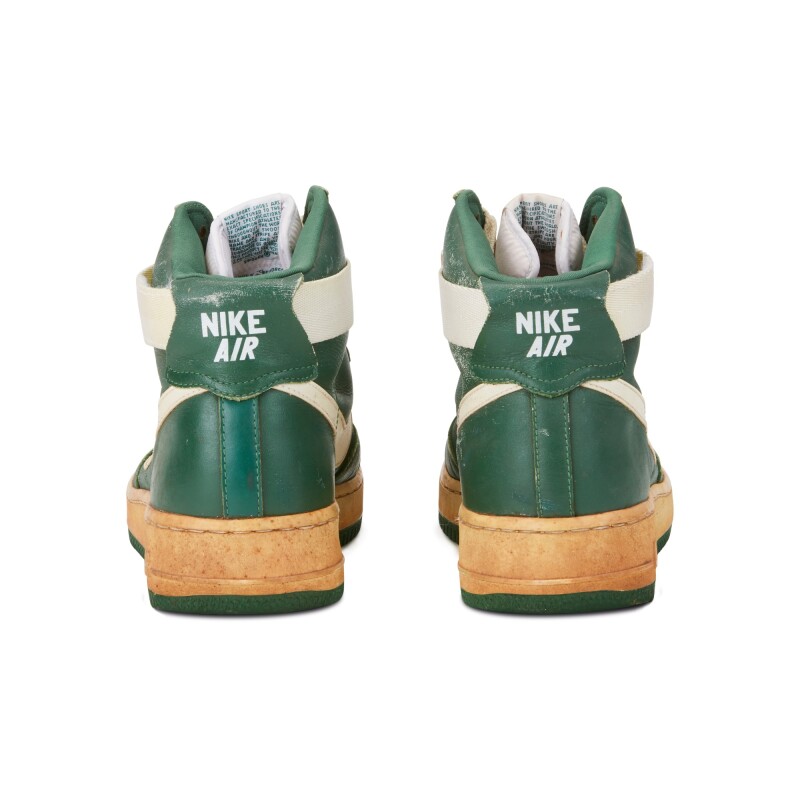 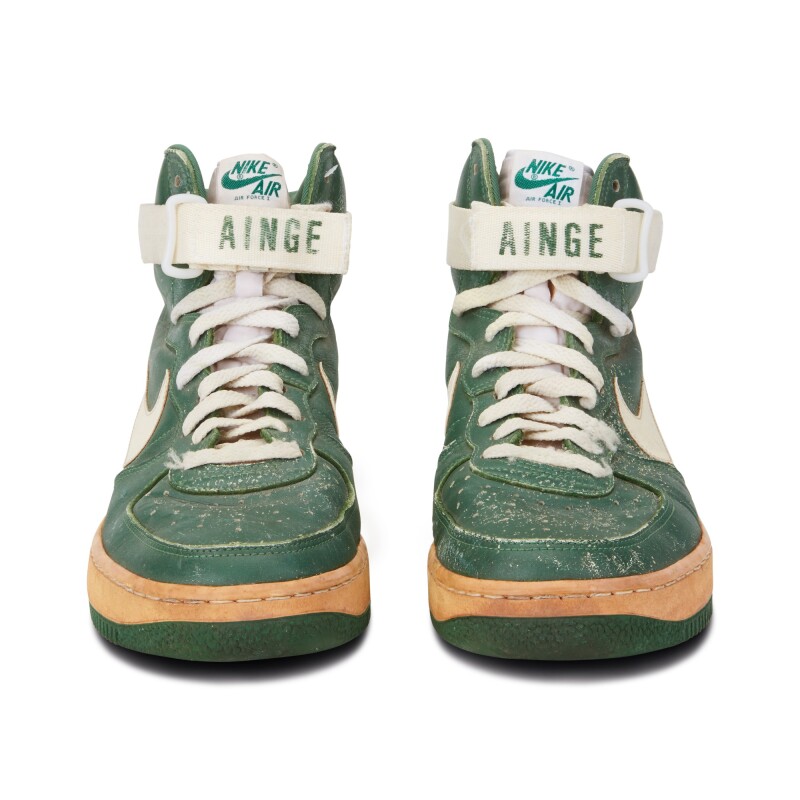 These Air Force 1 High sneakers were worn by basketball legend Danny Ainge during his 1983 season with the Boston Celtics. Created as a player exclusive for Ainge, the strap displays his last name, while the green, yellow, and white color palette reflect the Boston Celtics' team colors. In 1983, Ainge was a Celtics Guard, and now acts as the President of Basketball Operations for the team.

Condition is commensurate of age and use.