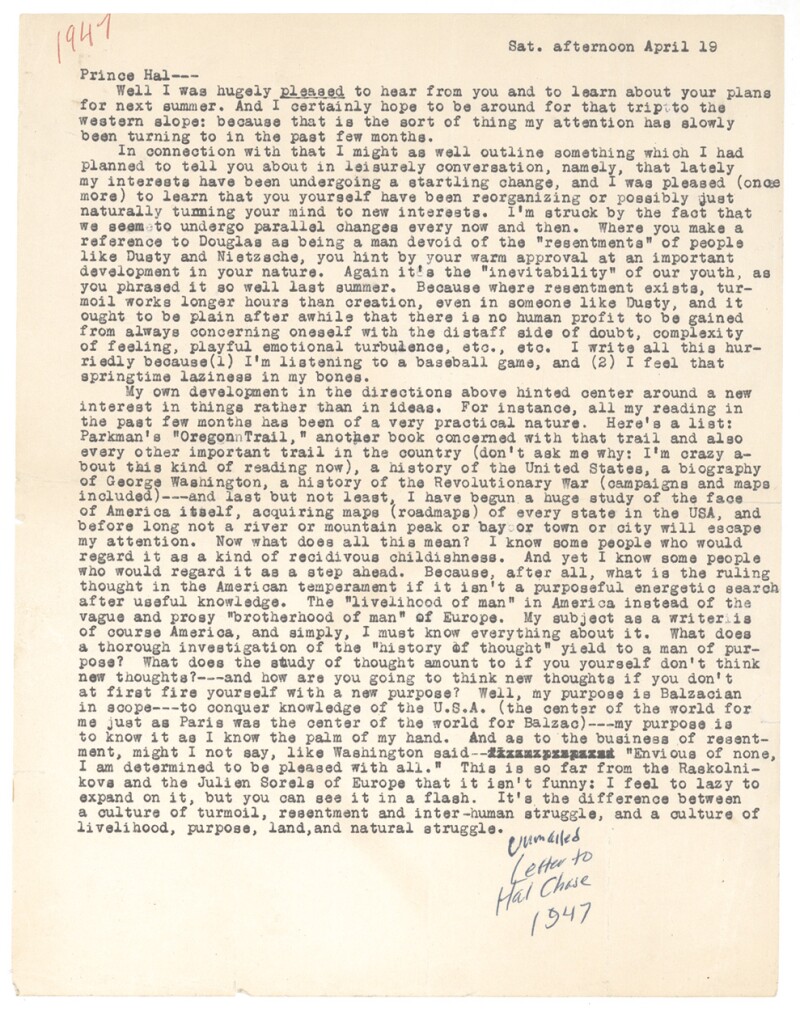 An unmailed letter to Kerouac's former Columbia roommate Hal Chase, written shortly before Kerouac's departure for Denver and the start of his life on the road.

Chase hailed from Denver, and he introduced fellow Denver native Neal Cassady to Kerouac and Ginsberg. In this letter, Kerouac outlines his new orientation to the West: "…Lately my interests have been undergoing a startling change, and I was pleased (once more) to learn that you yourself have been reorganizing or possibly just naturally turning your mind to new interests. I'm struck by the fact that we seem to undergo parallel changes every now and then…My own development in the directions above hinted center around a new interest in things rather than in ideas."

Kerouac then lists the books he's been reading, including Parkman's Oregon Trail and a biography of Washington, "and last but not least, I have begun a huge study of the face of America itself, acquiring maps (roadmaps) of every state in the USA, and before long not a river or mountain peak or bay or town or city will escape my attention…My subject as a writer is of course America, and simply, I must know everything about it." Kerouac then describes his project as "Balzacian in scope" and finishes by drawing a broad distinction between European culture, "a culture of turmoil, resentment and inter-human struggle" and American culture, "a culture of livelihood, purpose, land, and natural struggle."

Light creasing from prior folding.