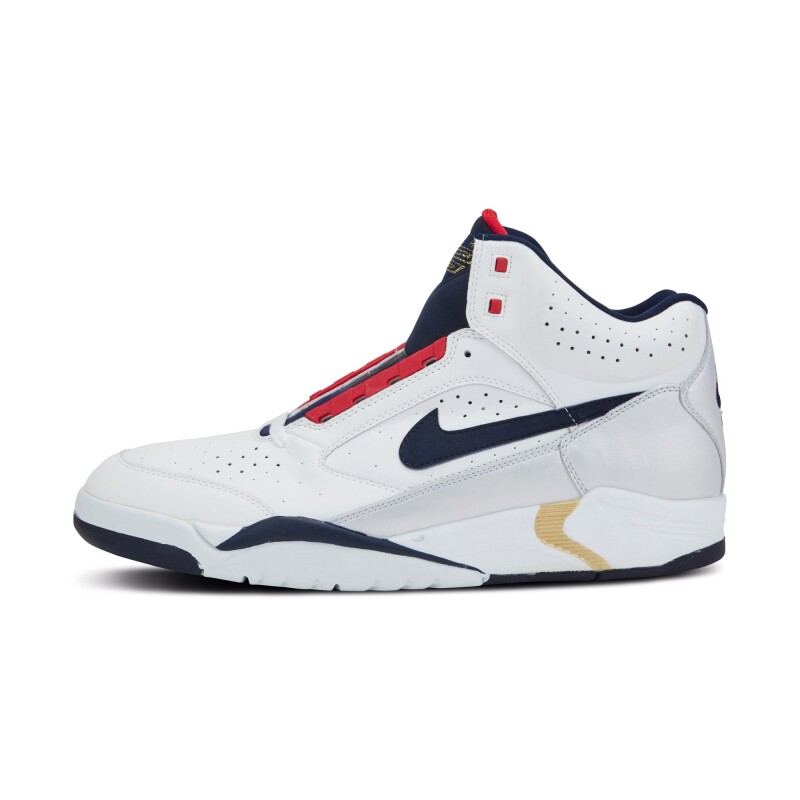 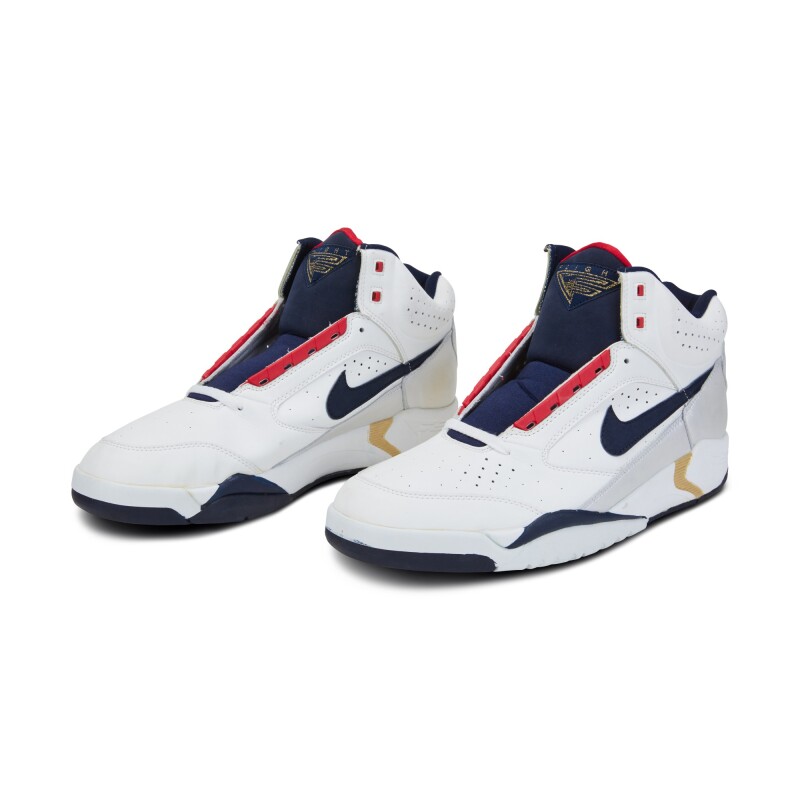 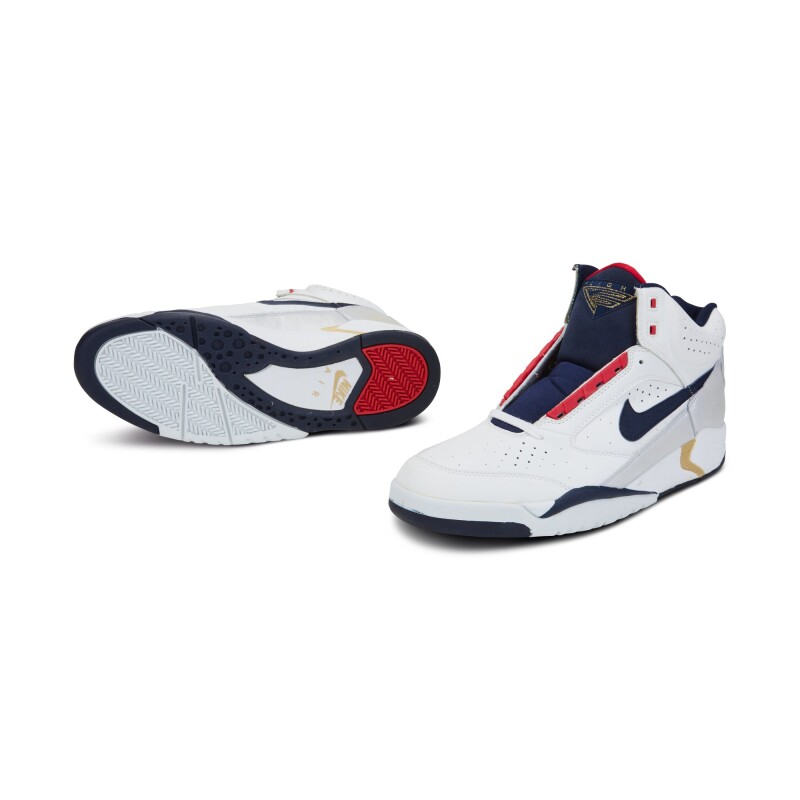 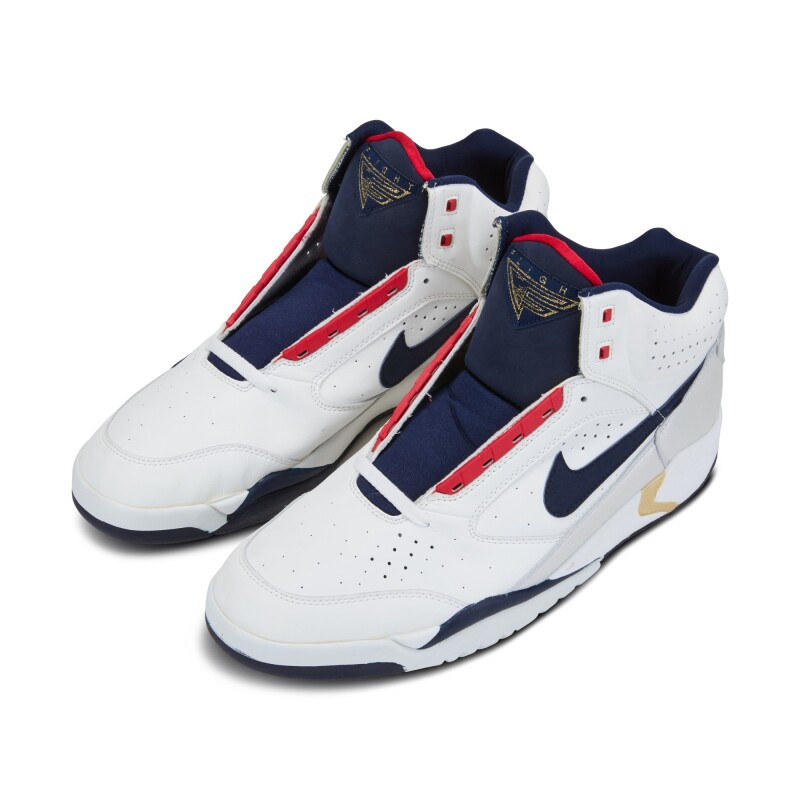 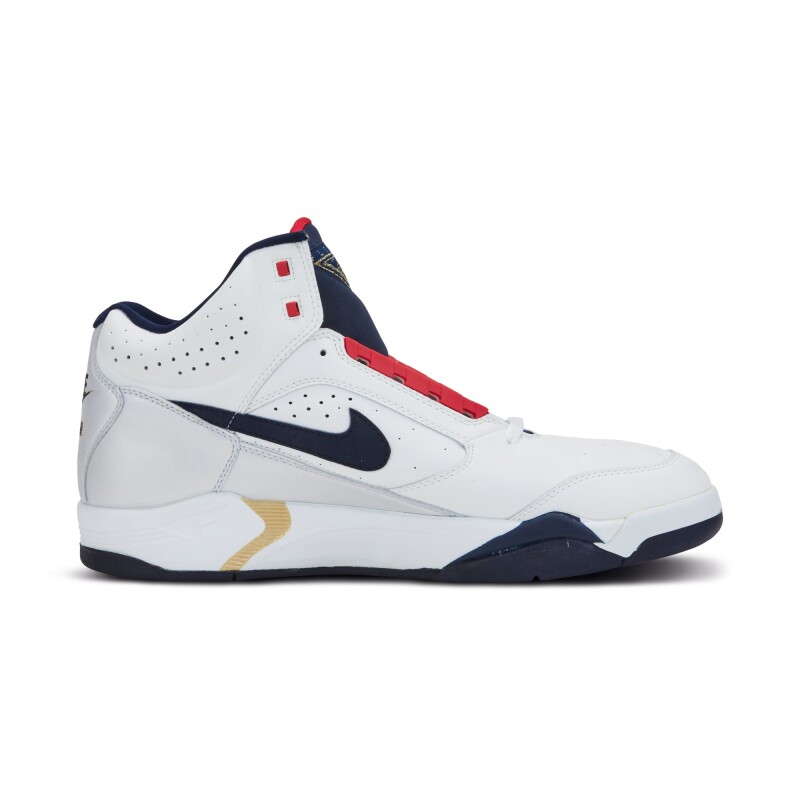 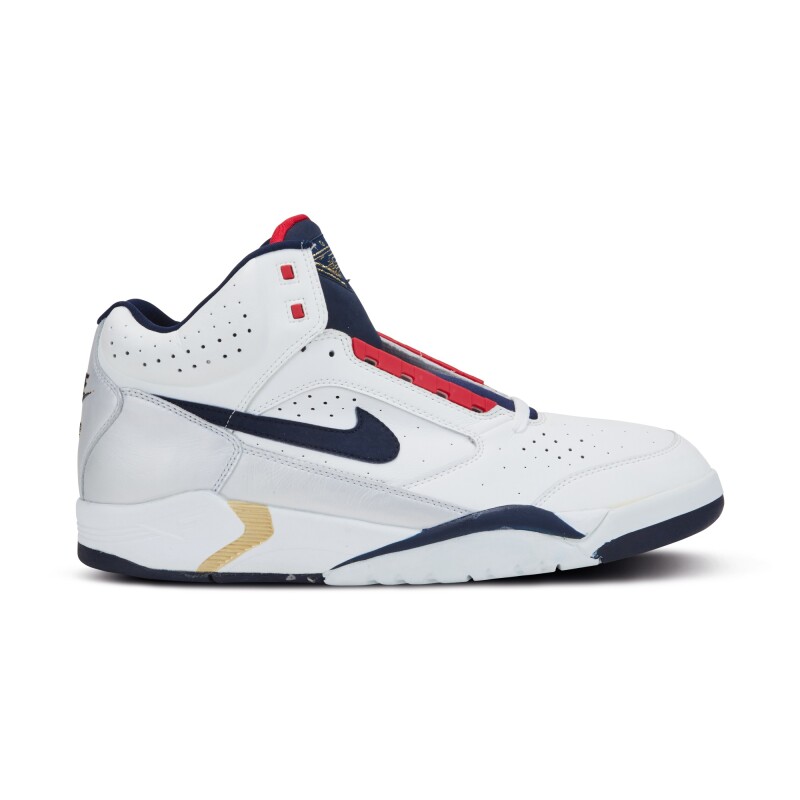 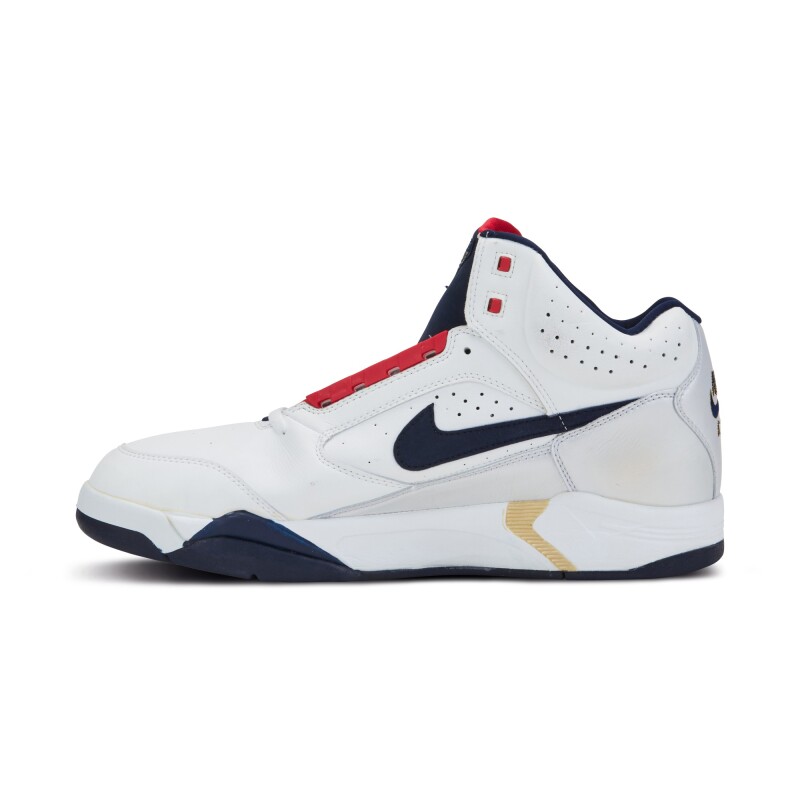 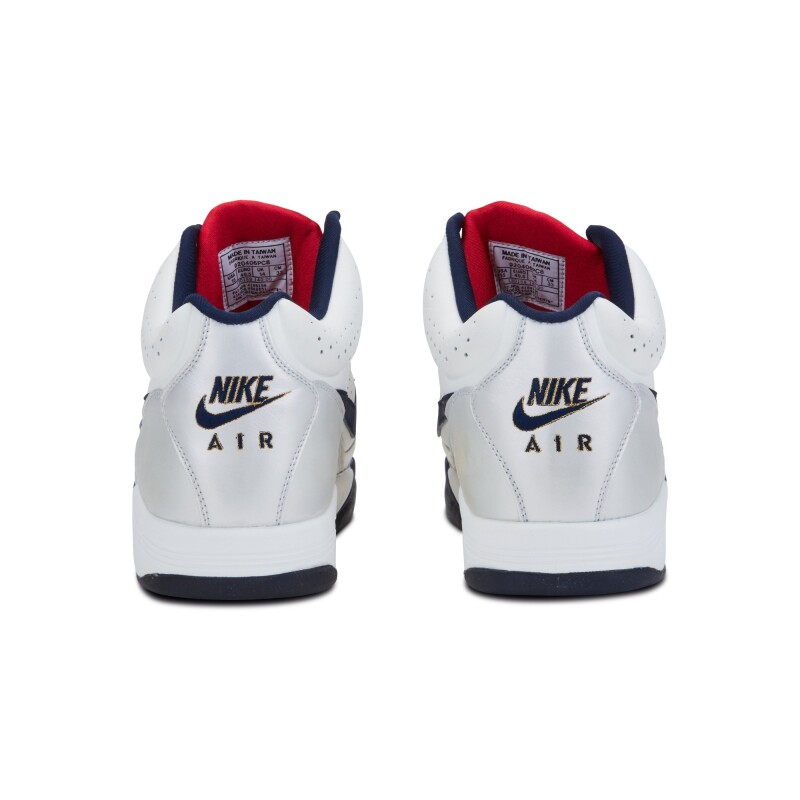 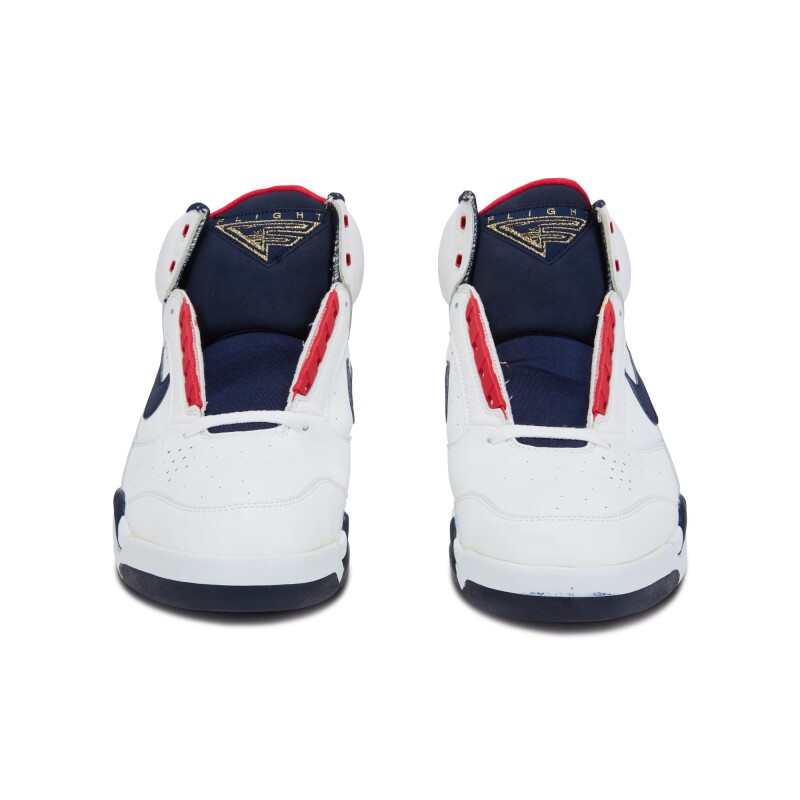 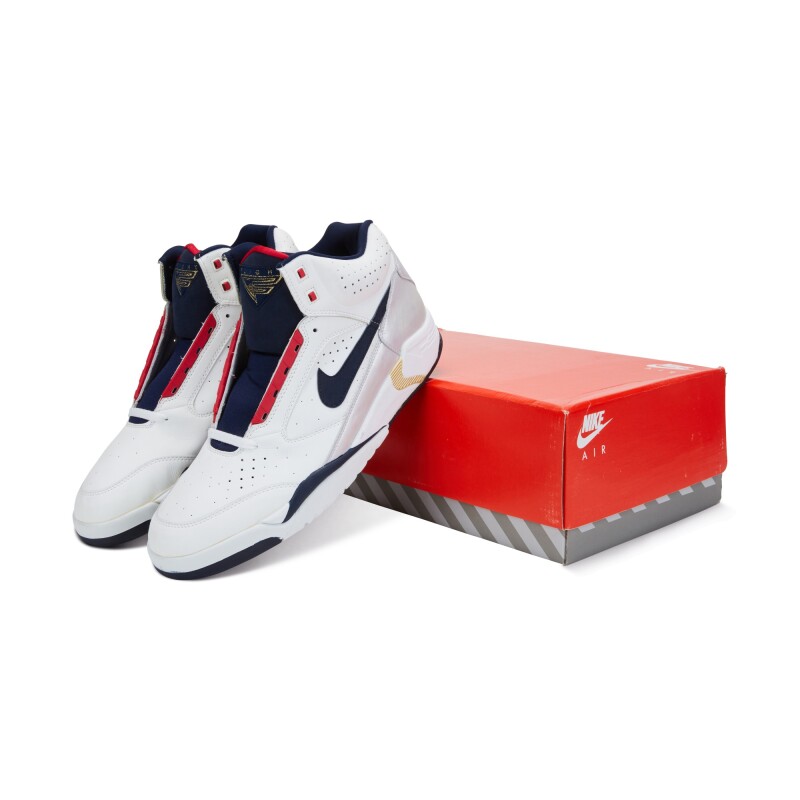 The 1992 Summer Olympics in Barcelona, Spain, marked the formation of the infamous “Dream Team,” one of the greatest basketball rosters ever assembled. It was the first time the US recruited professional NBA players, including Michael Jordan, Charles Barkley, John Stockton, and Scottie Pippen. The Dream Team swept the competition with eight consecutive landslide victories, winning the Gold and cementing the team’s greatness. The 1992 Olympic Games and star-studded Dream Team significantly contributed to the popularity and globalization of basketball.

This pair of Nike Air Flight Lite ‘Olympic’ shoes is from the original 1992 release, after the version Scottie Pippen wore during 1992 Olympic Games. The patriotic red, white, and blue colorway features silver overlays and gold accents. The Flight Lite was one of the earliest sneakers associated with Pippen after his move from Avia to Nike.

Notably, Pippen won the Gold again at the 1996 Atlanta Olympic Summer Olympic games, becoming the only basketball player to have twice won an NBA title and Olympic gold medal in the same year (1992, 1996). By the time Pippen retired he was a 6 time NBA Champion, a 7 time NBA All Star, the 1994 NBA All-Star Game MVP, and the 1995 NBA Steals Leader. He is widely considered one of the greatest players of all-time and is part of the trio, along with Dennis Rodman and Michael Jordan, that created the 90s dynasty of NBA Championships in Chicago. He was inducted into the Naismith Memorial Basketball Hall of Fame in 2010.

This item is final sale and not eligible for return.