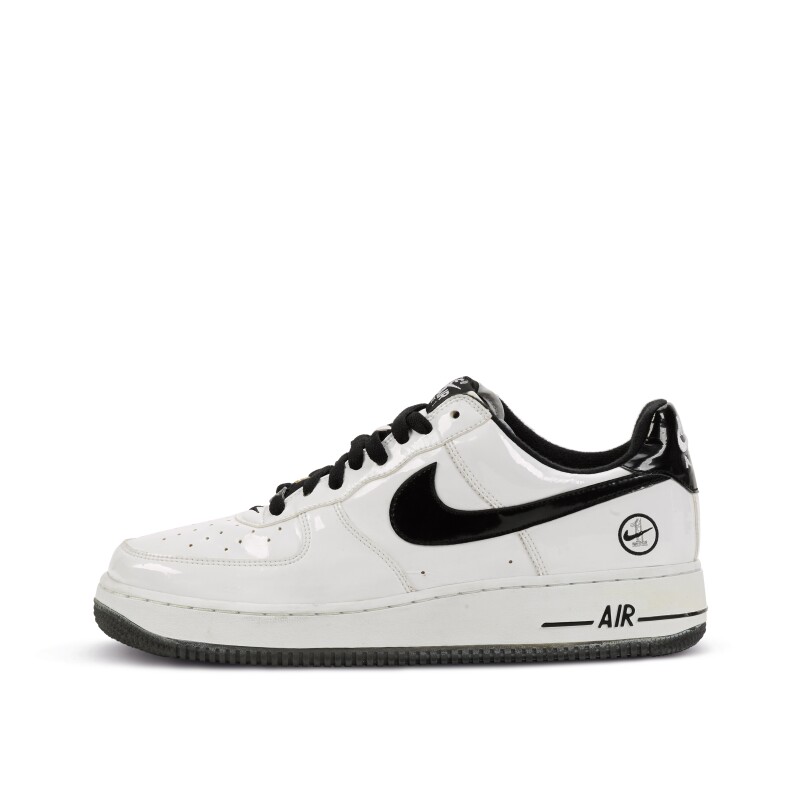 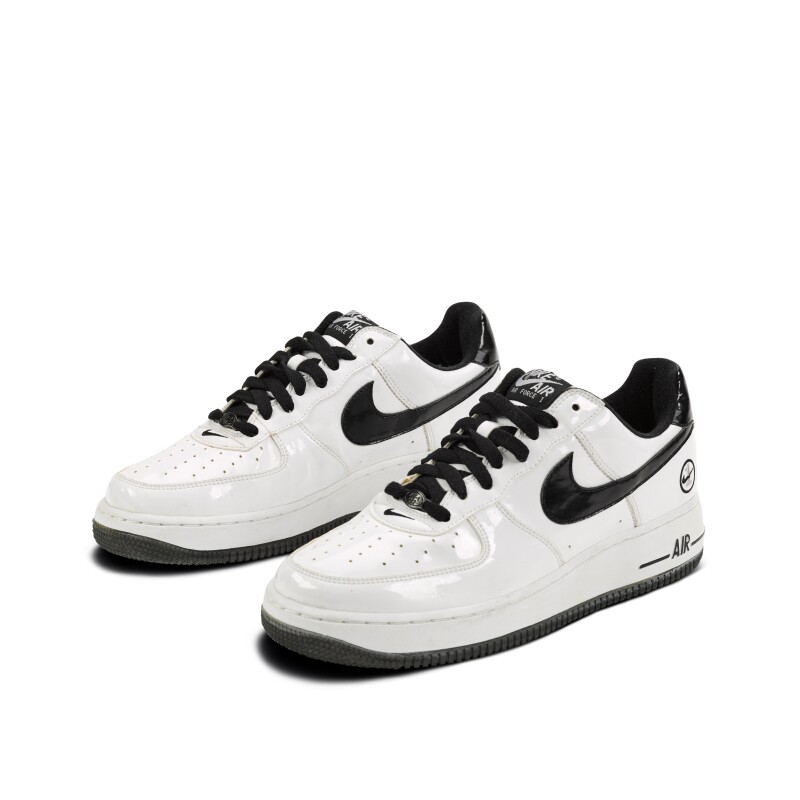 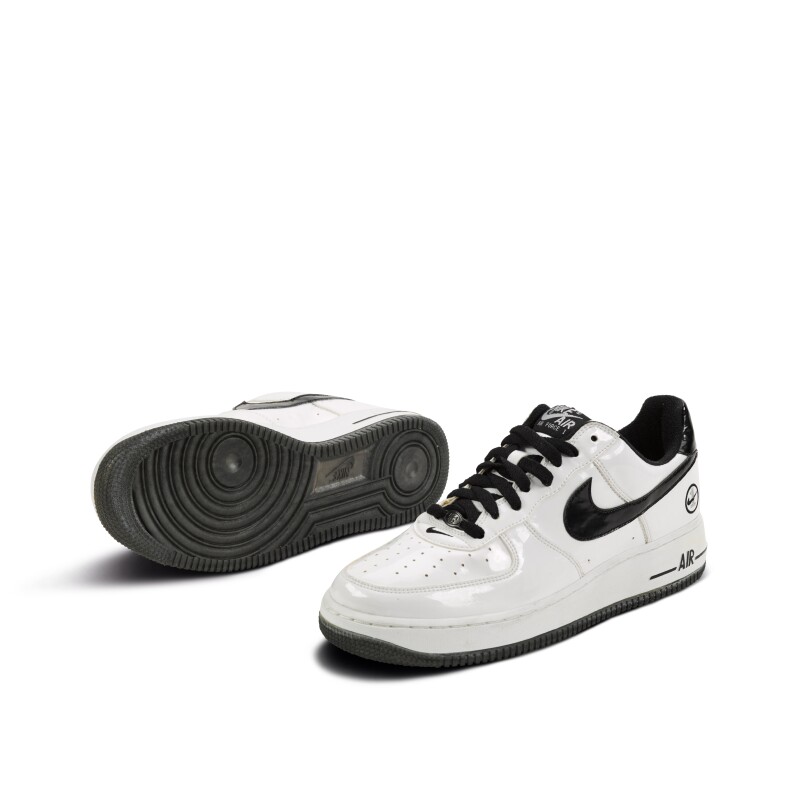 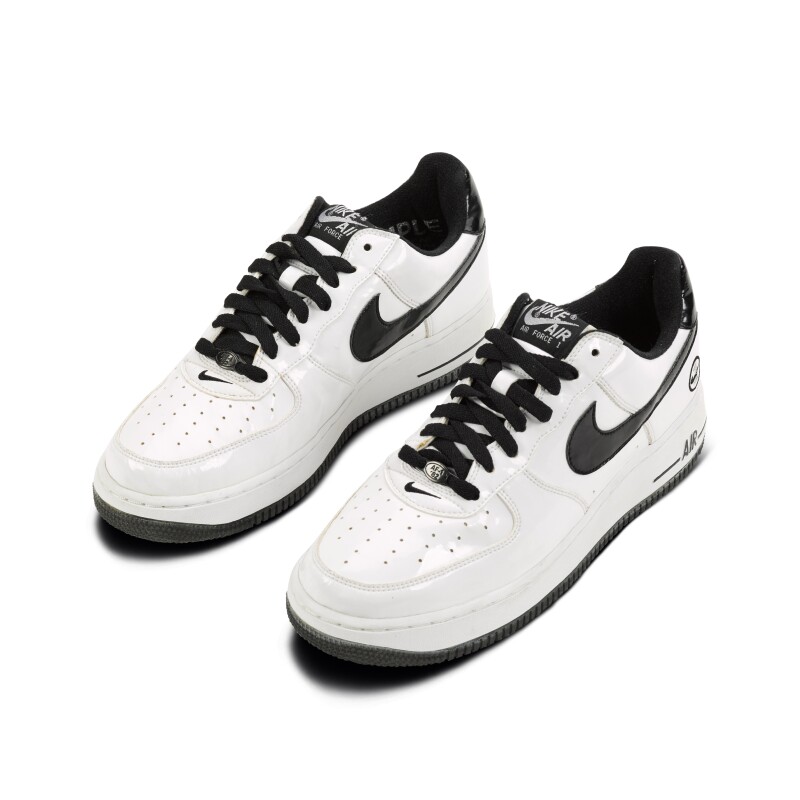 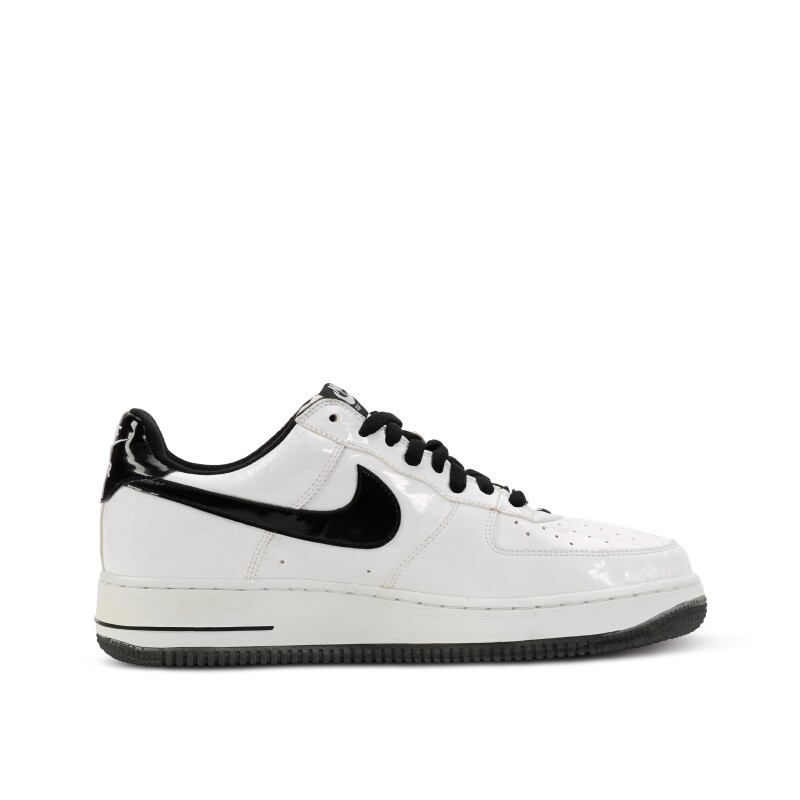 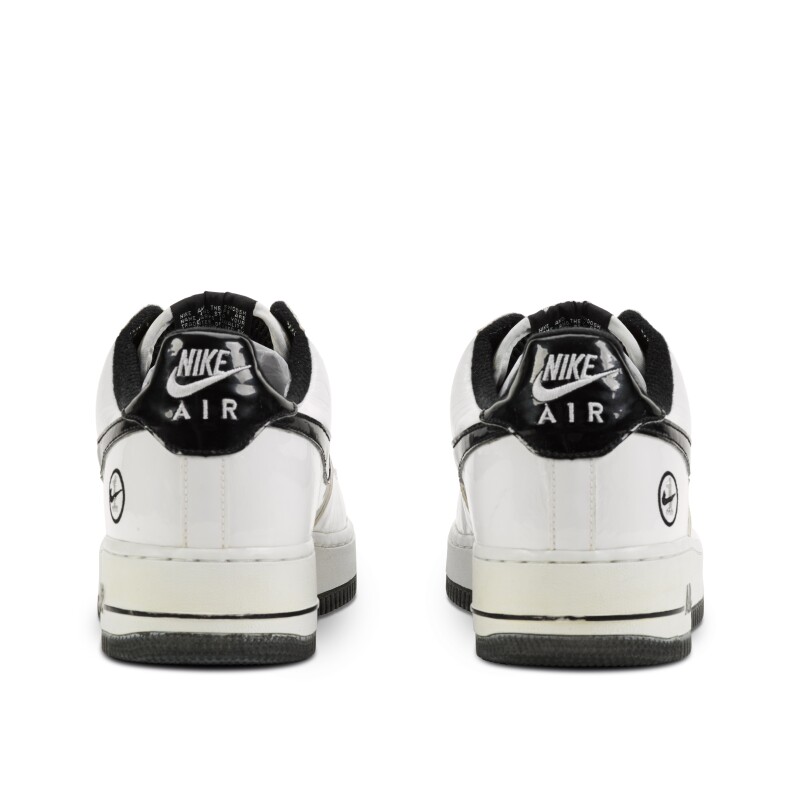 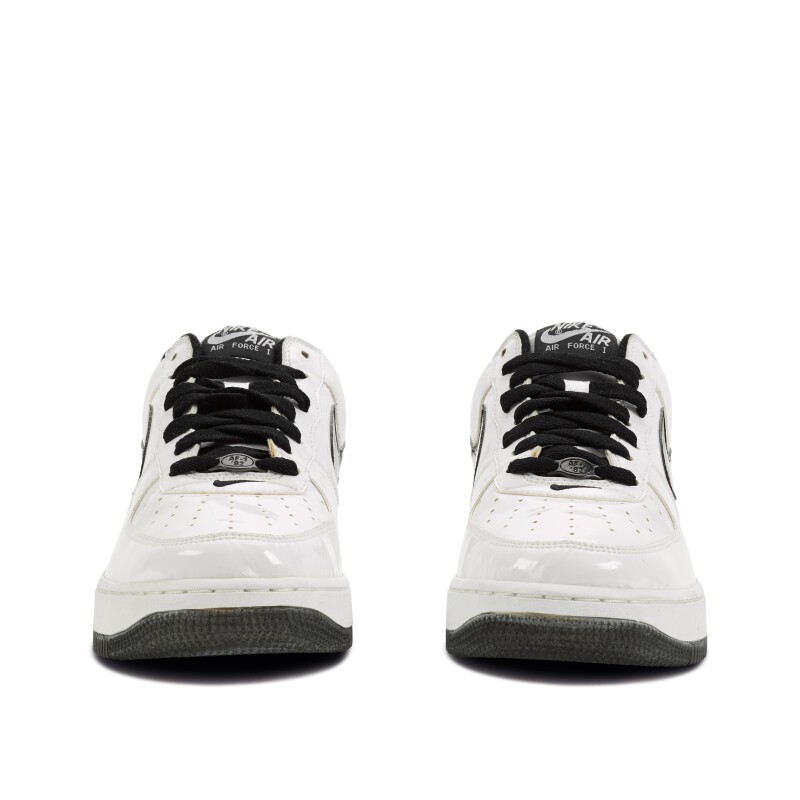 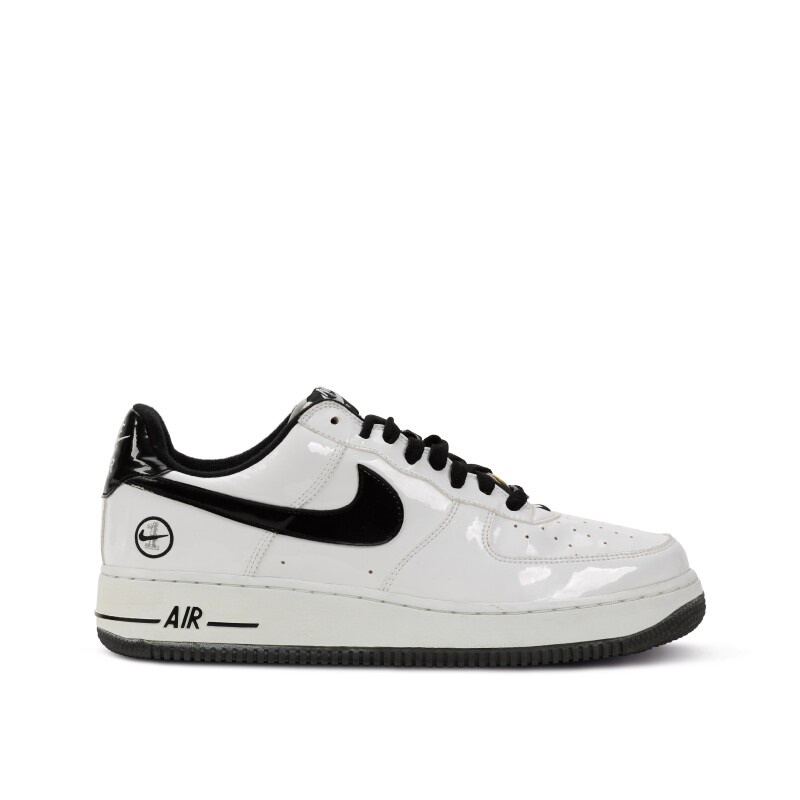 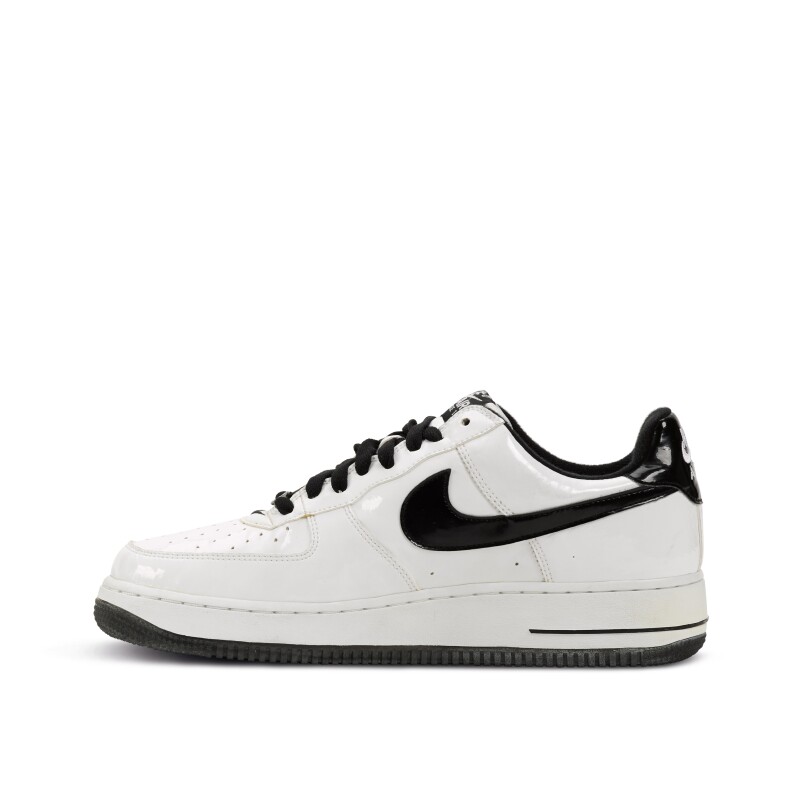 Originally released in 1982, the Air Force 1 is named after the presidential aircraft. Designed by Bruce Kilgore, it was the first basketball shoe to feature revolutionary Nike Air technology. Today it remains as one of Nike’s most iconic, best selling sneakers. The Air Force 1’s ability to be the perfect blank canvas for iconic designs and collaborations has established it as one of the most desirable models for sneaker collectors.

Although a version of this Air Force 1 was later released at exclusive stores across Europe and Canada as a part of the ‘Matrix Pack’, this white patent leather is a sample pair which comes with a Japan Booking Sample tag and features some differences from the pairs which made it to market.

This Air Force 1 Matrix is sample-stamped and features a white patent leather base, with black patent leather accents on the Swoosh and heel tab. The sneakers are embroidered with the number ‘1’ and mini Swoosh at the heel on the lateral side of the shoe, known as “The Chosen One” logo.