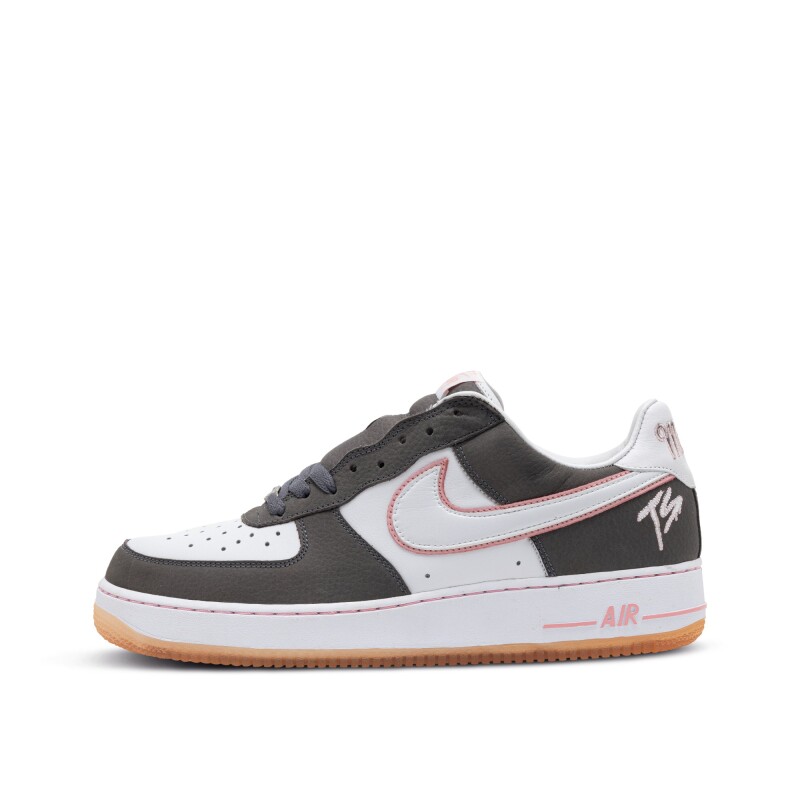 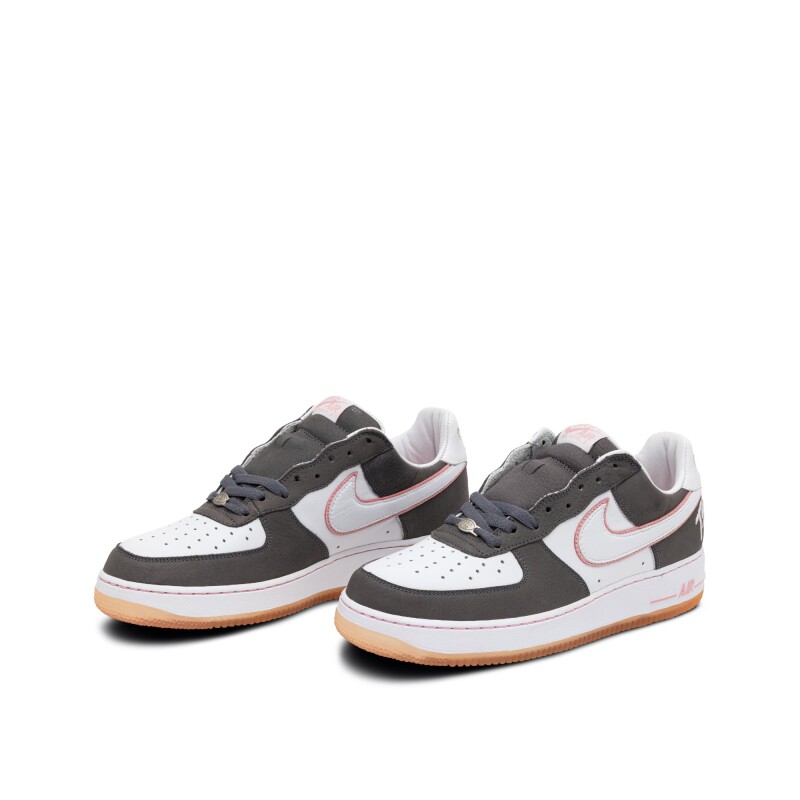 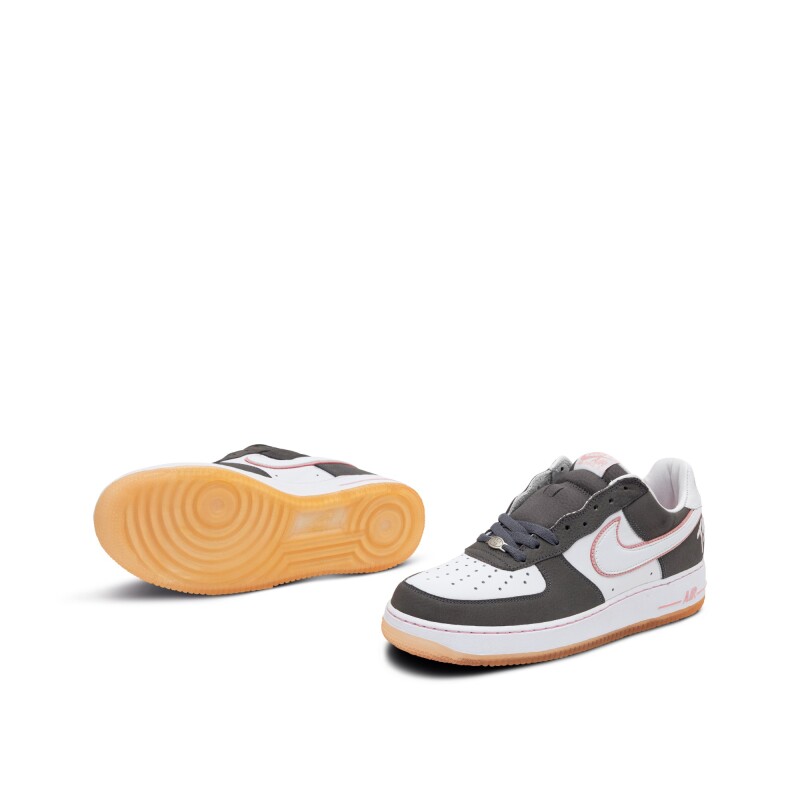 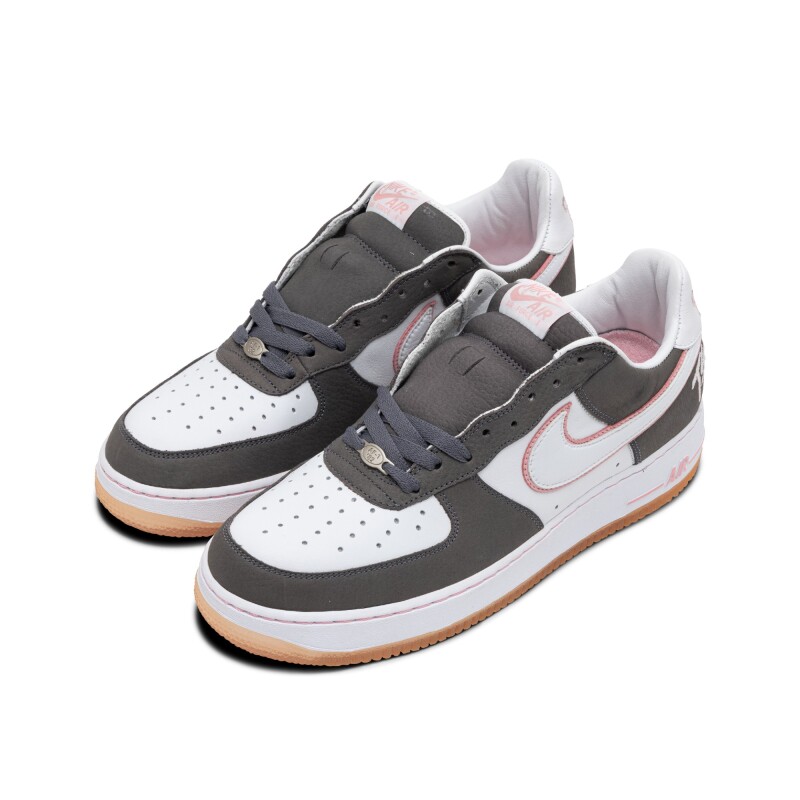 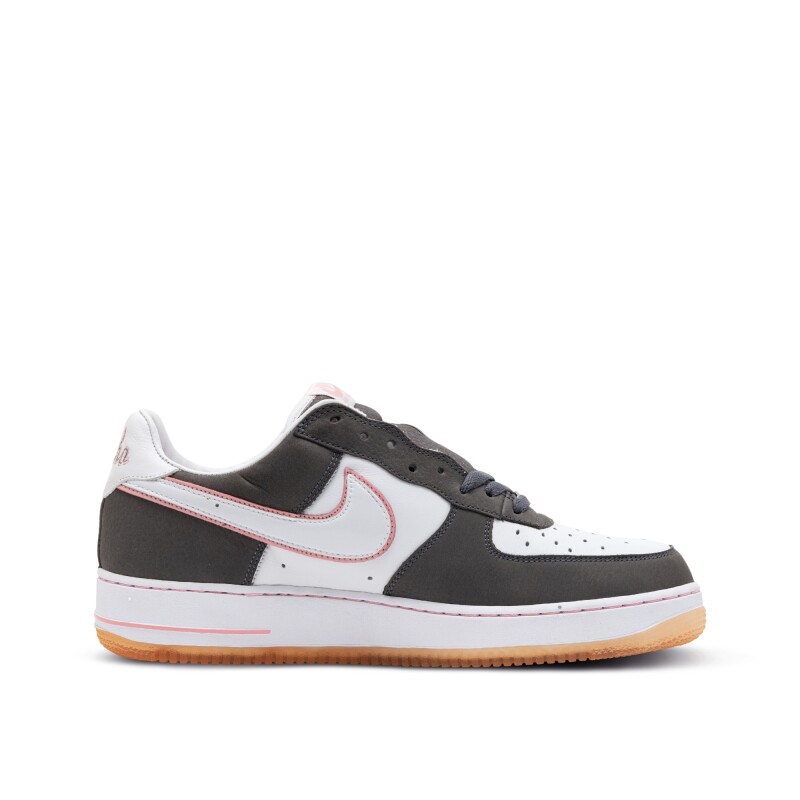 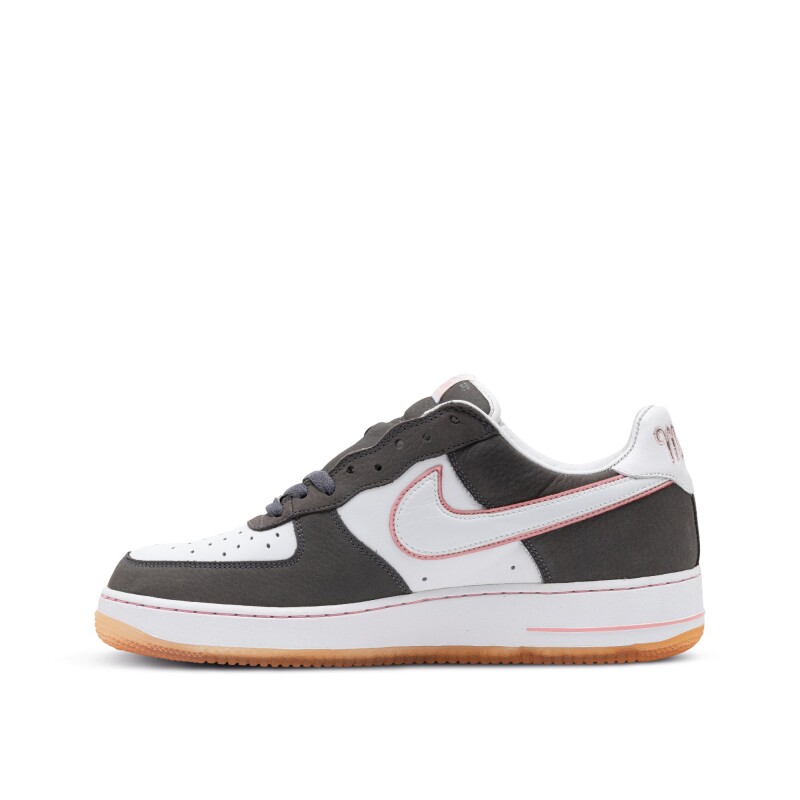 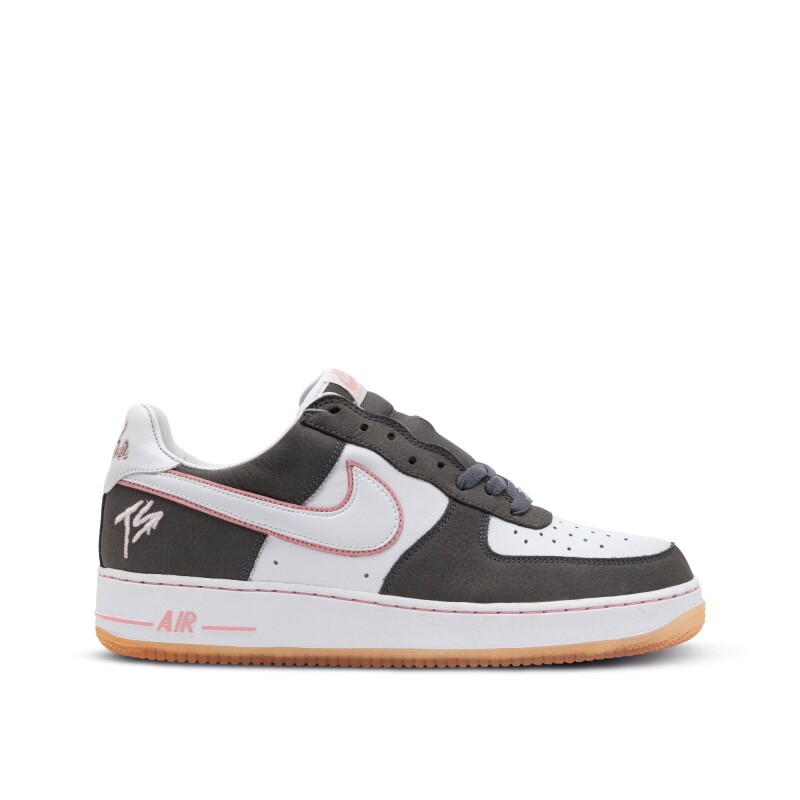 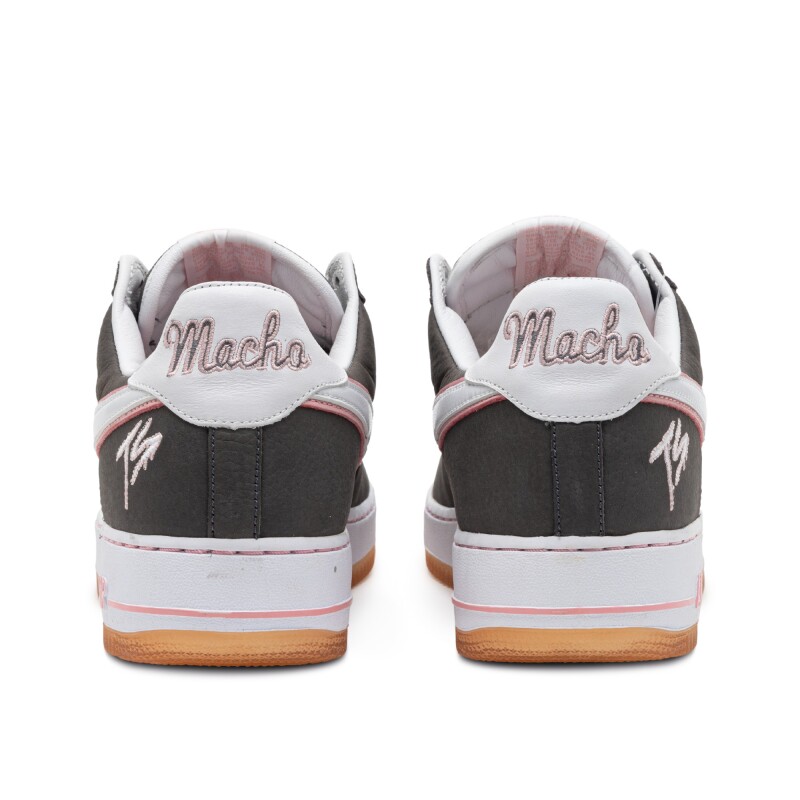 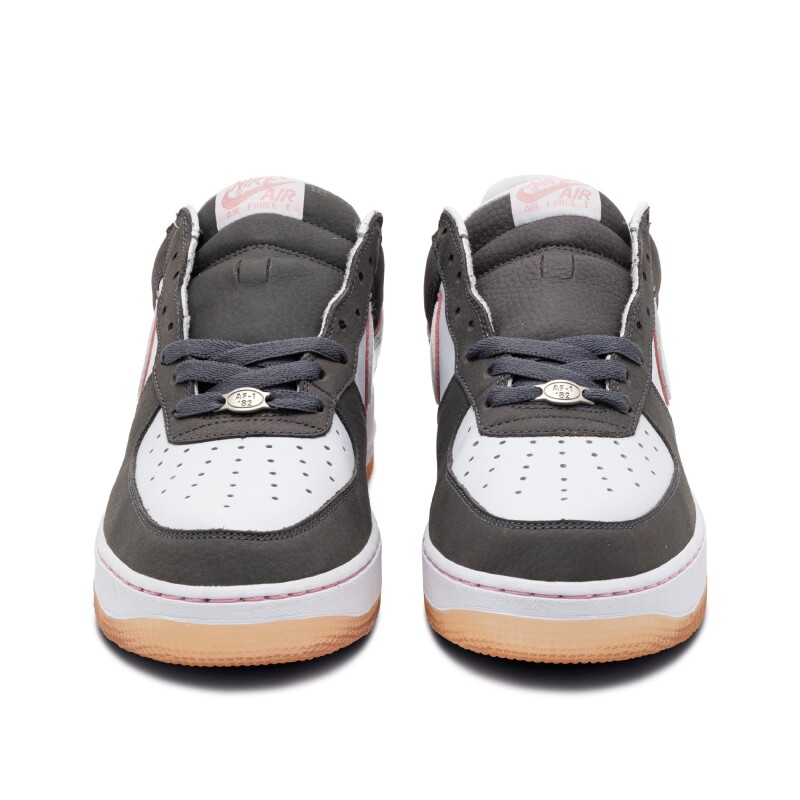 In 2005, ‘Macho’, a member of Fat Joe’s Terror Squad, was given his own Terror Squad Air Force 1 in a grey, pink, and white color scheme. With the classic 'TS' embroidered on the lateral heel, this pair also has ‘Macho’ across the heel tab, replacing the Nike logo.

Terror Squad is the name of Fat Joe’s music collective and clique. In an iconic MTV House of Cribs moment, Fat Joe licked the bottom of his deadstock AF1s, which led to a collaboration of Terror Squad promos with Nike, only a few of which were released to the public in very limited quantities.

Originally released in 1982, the Air Force 1 is named after the presidential aircraft. Designed by Brad Kilgore, it was the first basketball shoe to feature revolutionary air pocket technology. Today it is one of Nike’s most iconic, best selling sneakers.