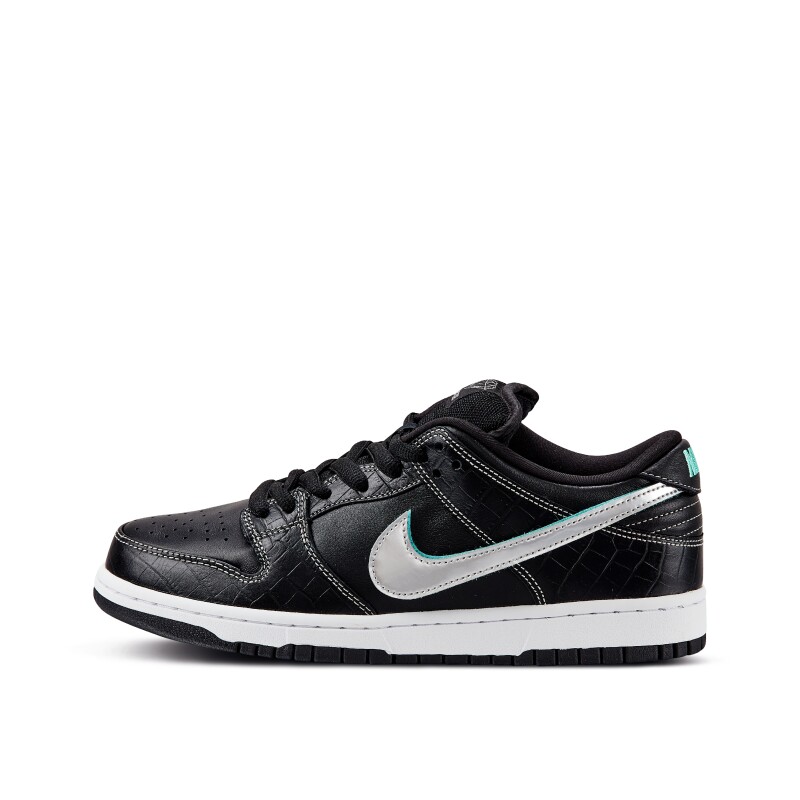 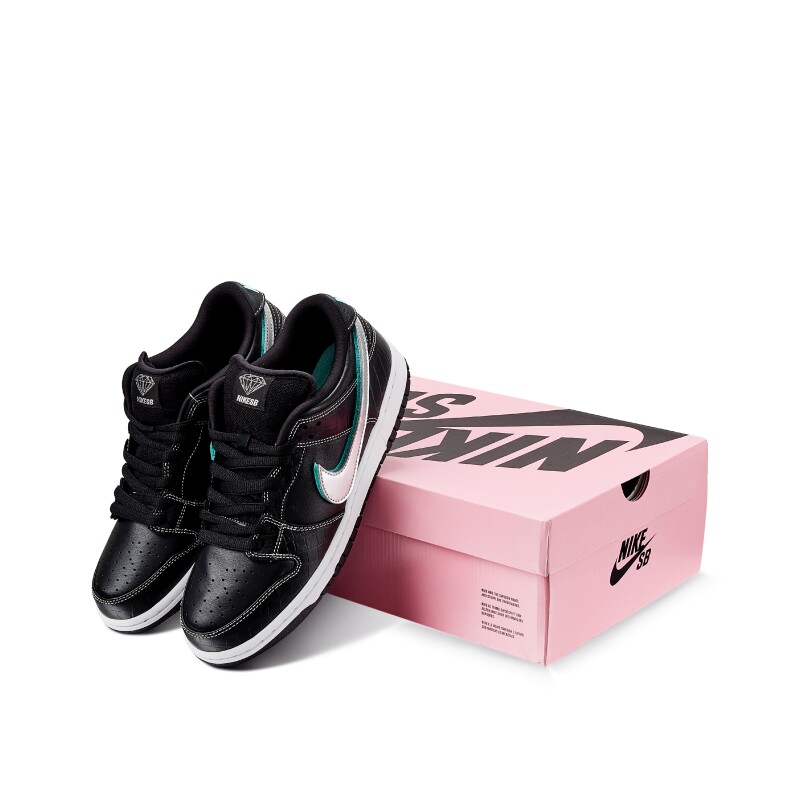 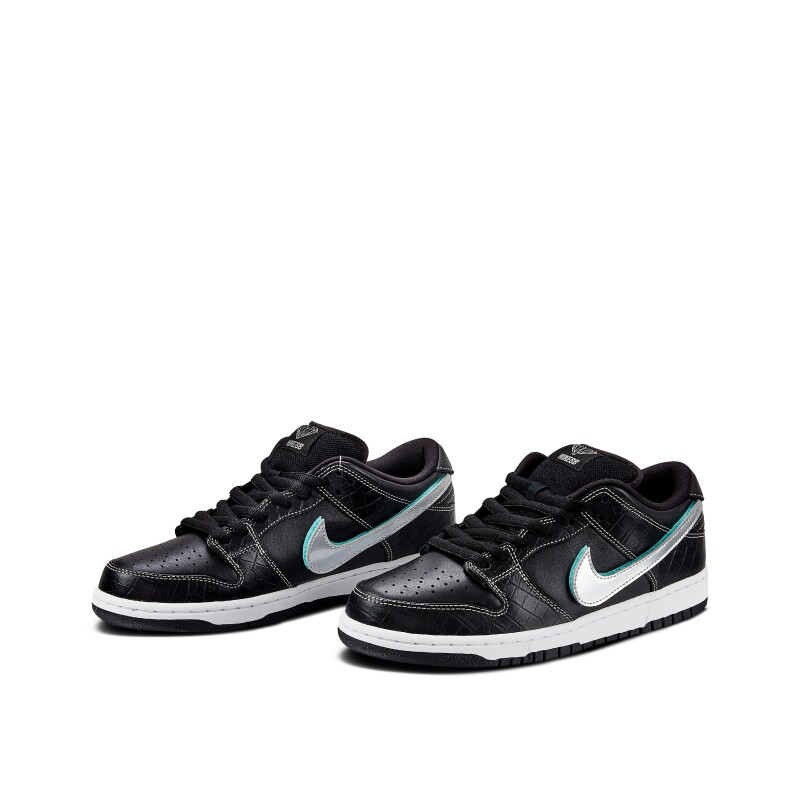 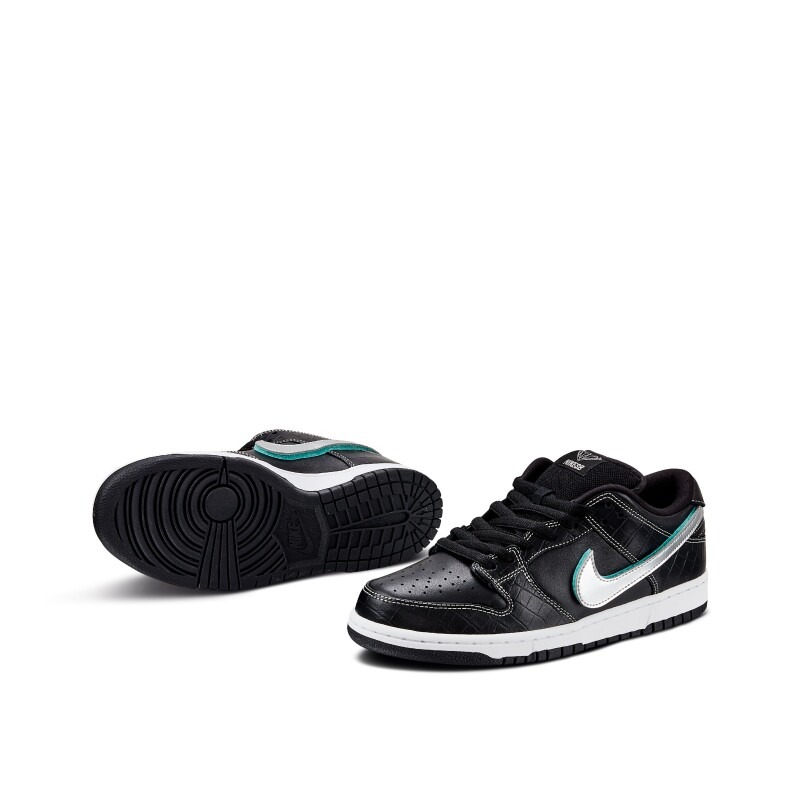 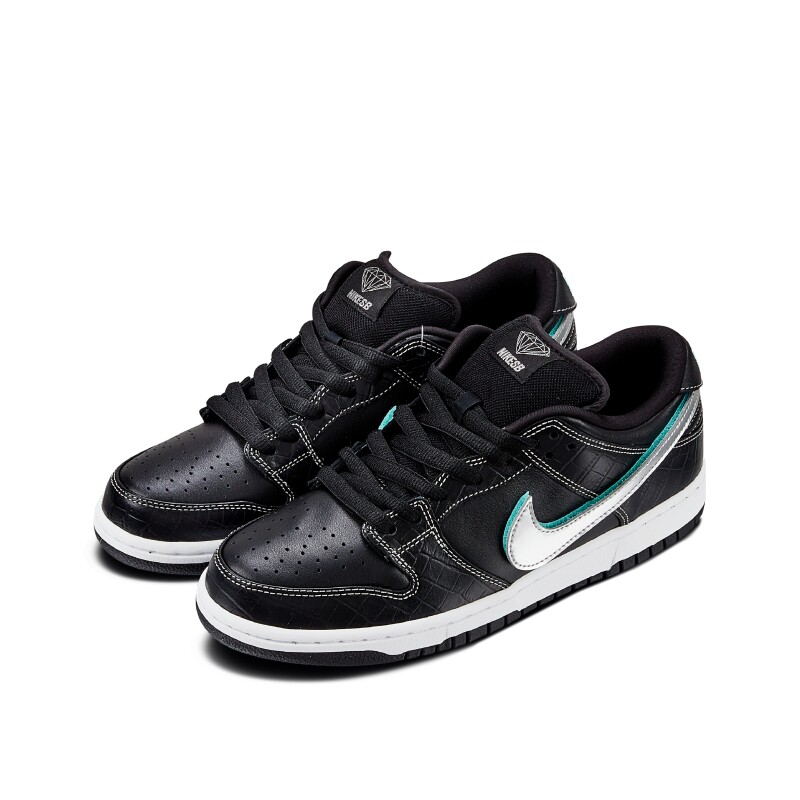 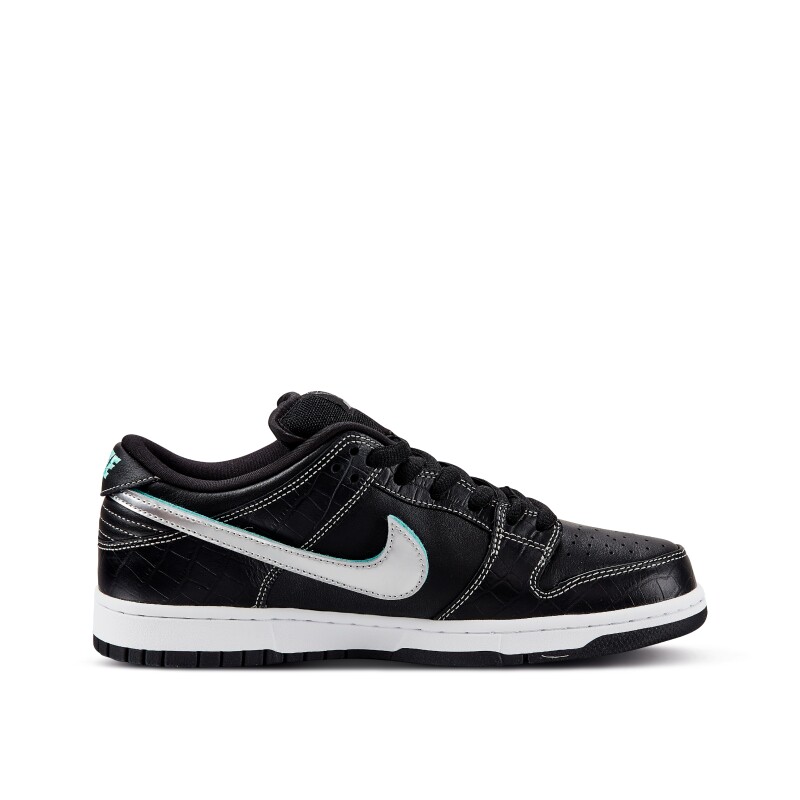 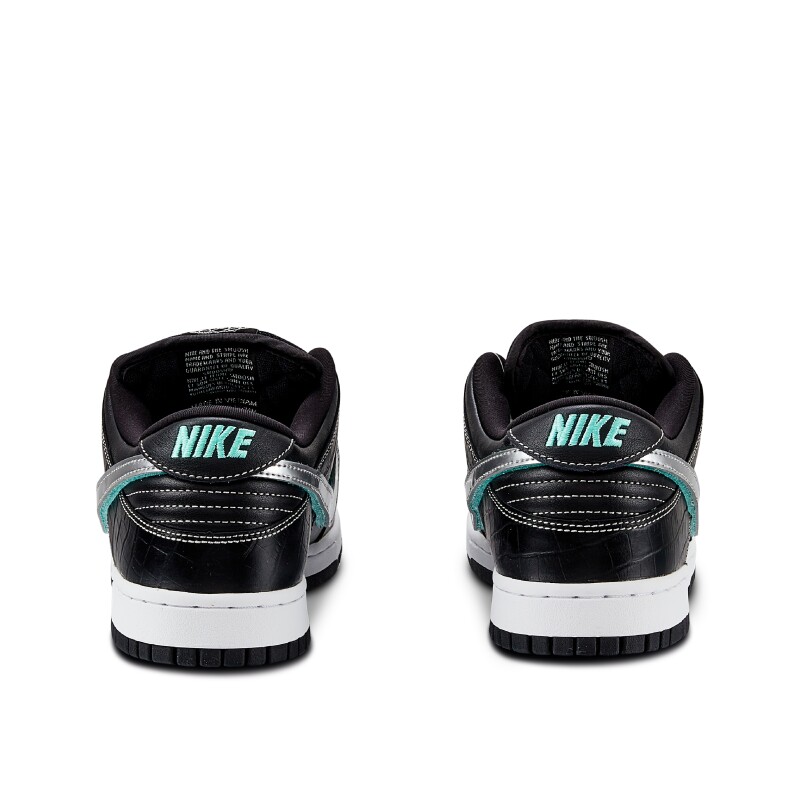 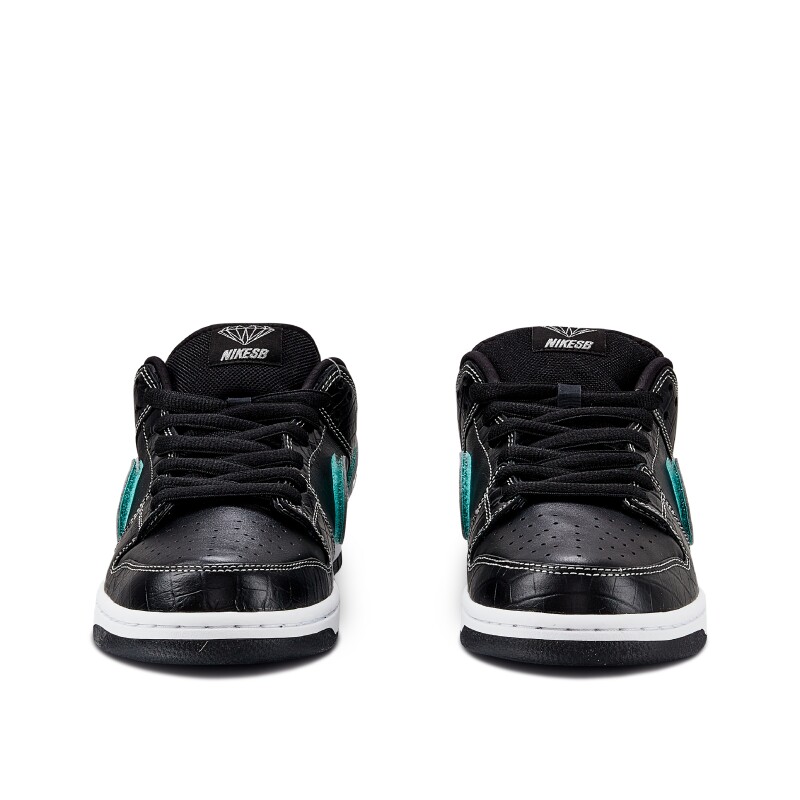 The Nike SB Dunk Low Diamond Supply Co ‘Black Diamond’ revisits the 2005 release with an elevated touch. The 2018 collaboration features a black leather upper with croc-textured overlays and exposed white stitching. Diamond Supply Co adds a detachable metallic silver Swoosh that wraps around the heels and when removed, reveals an aqua Velcro layer. The upper also has accents of aqua throughout including on the Nike branded heel tab and a pair of aqua shoelaces to match.

The Nike Dunk, designed in the 1980s and intended for basketball, was eventually repurposed for skateboarding. The popular model would be reworked in the early 2000s with upgrades for the skateboarding community, leading to the formal debut of the Nike SB brand. The man behind it, former Nike executive Sandy Bodecker, is credited with building one of Nike’s most beloved subdivisions with the Nike SB line.