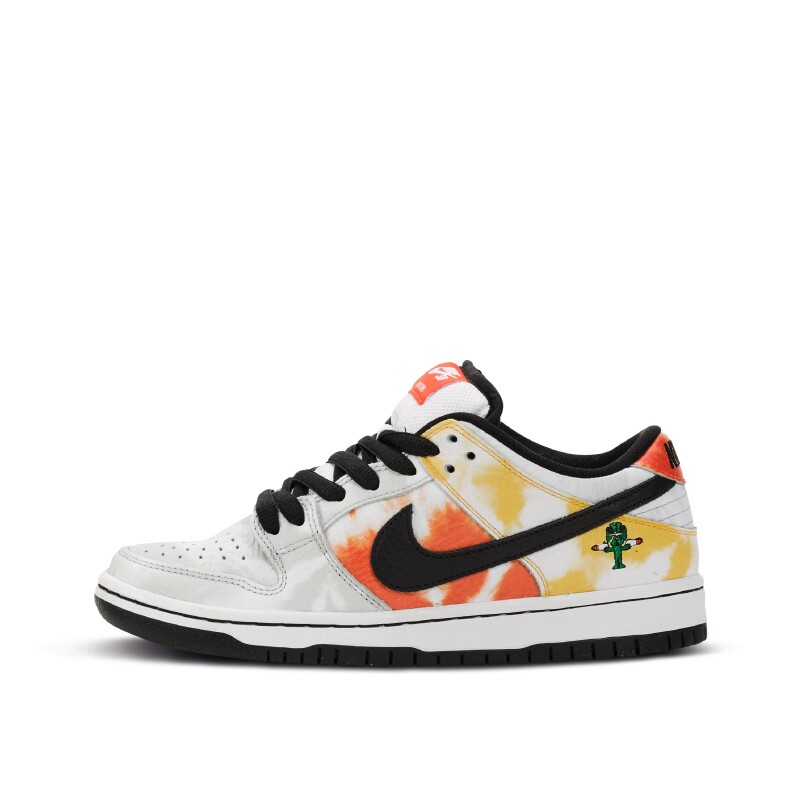 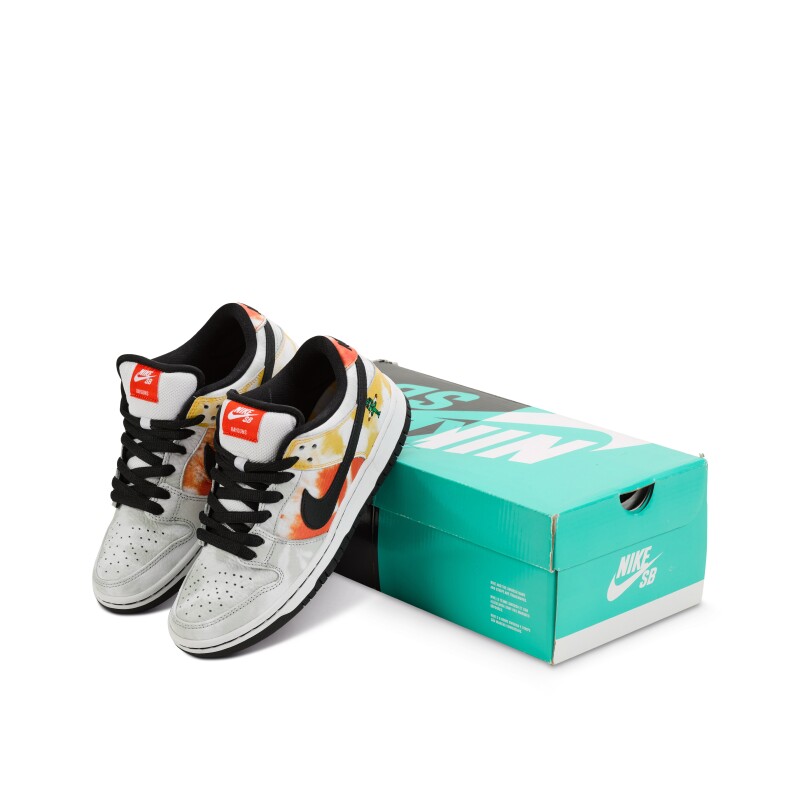 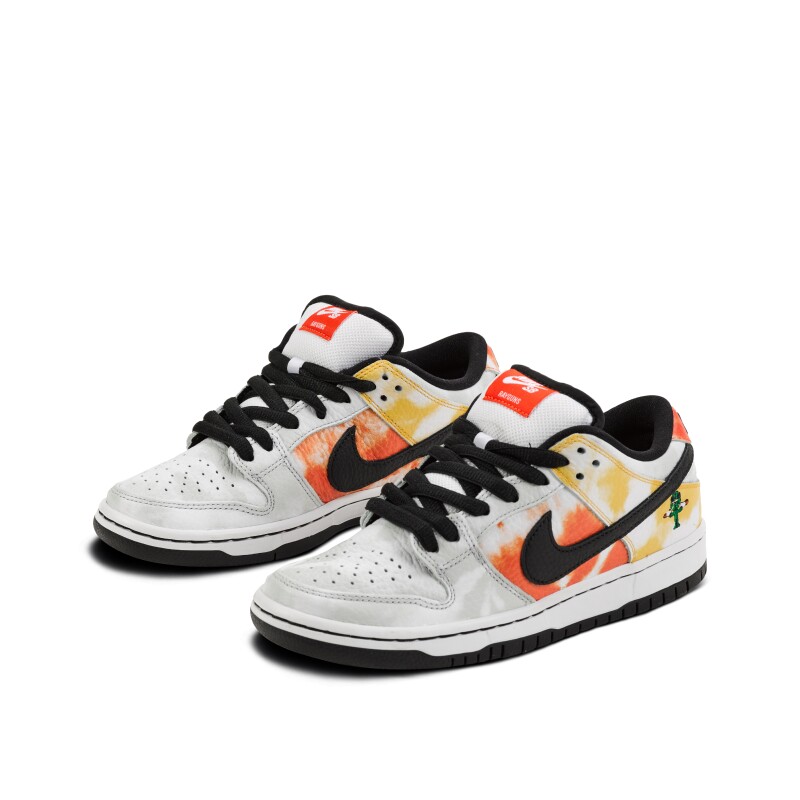 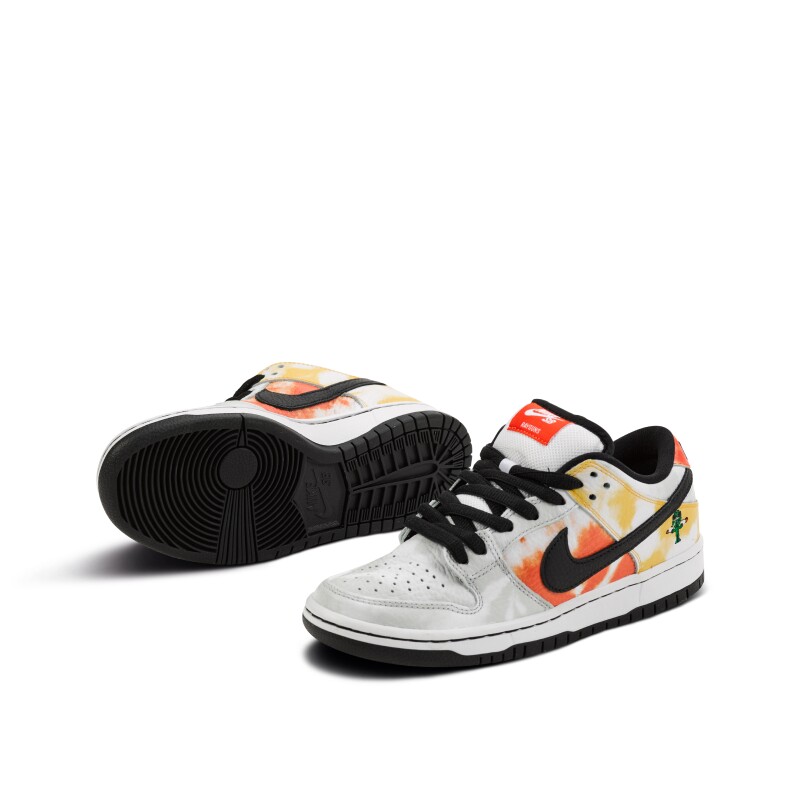 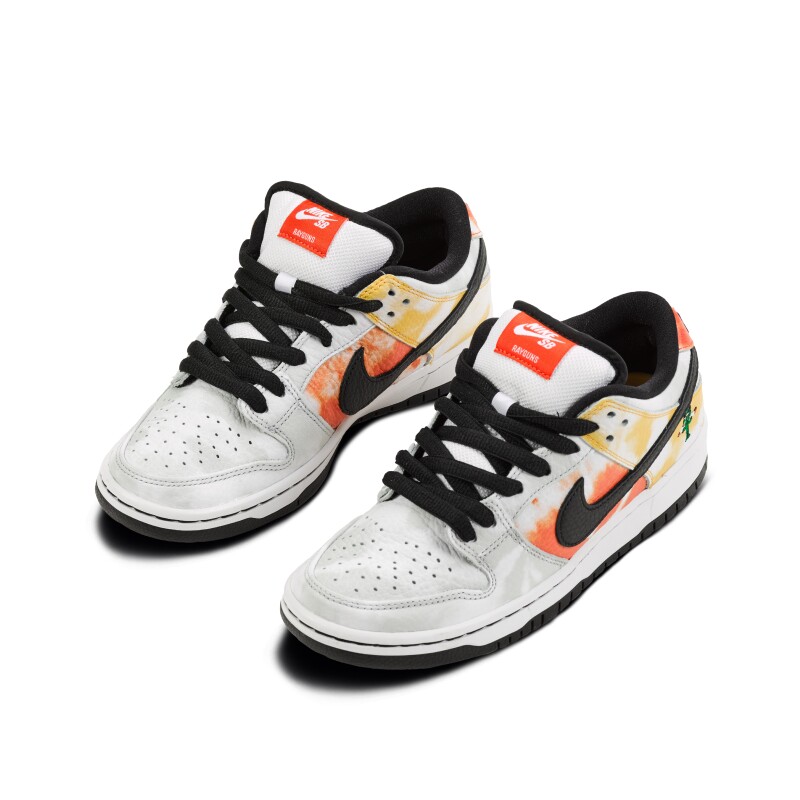 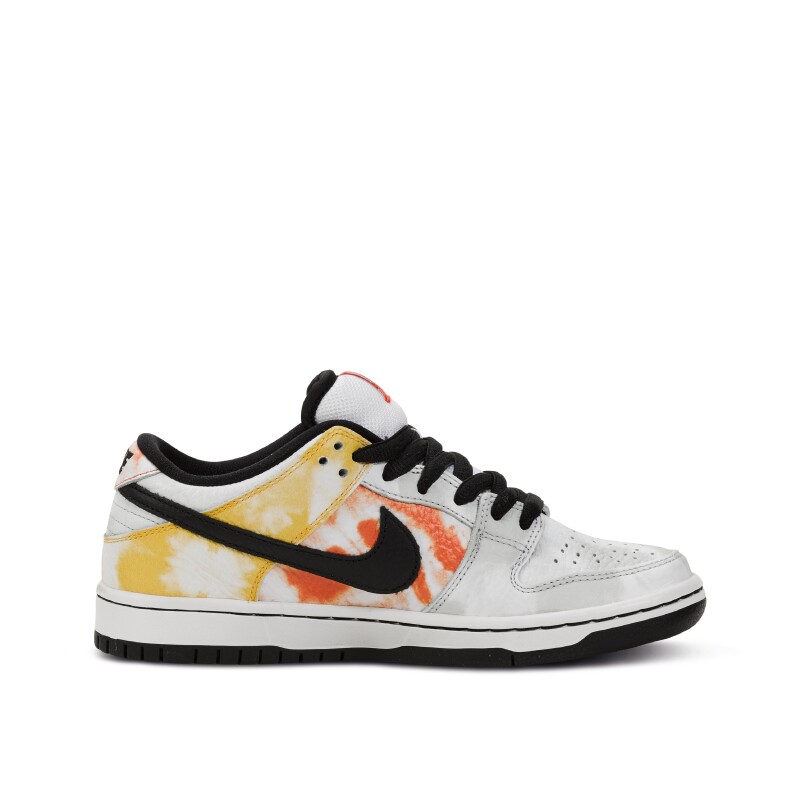 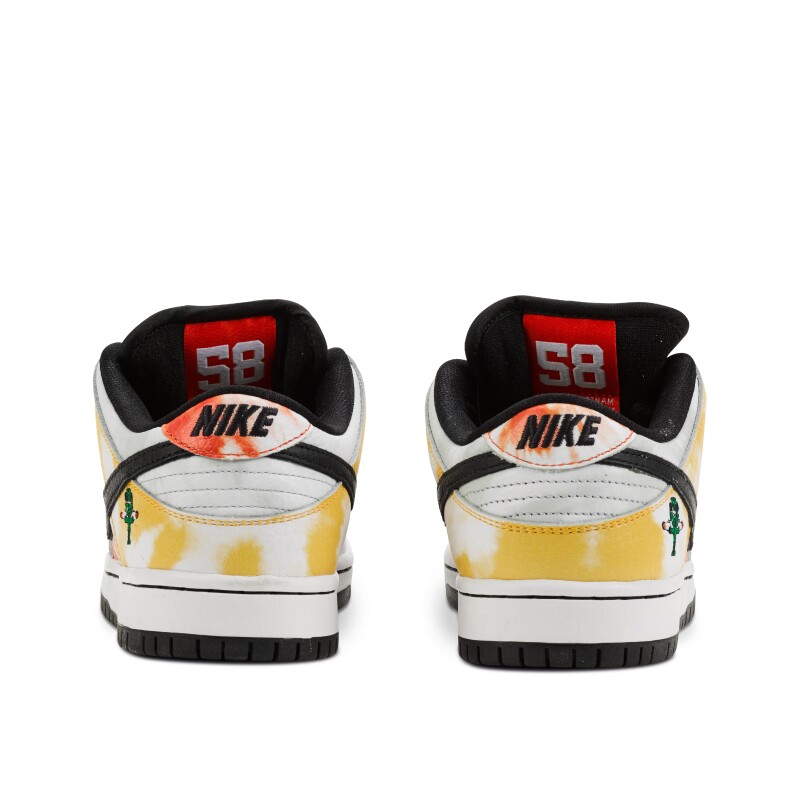 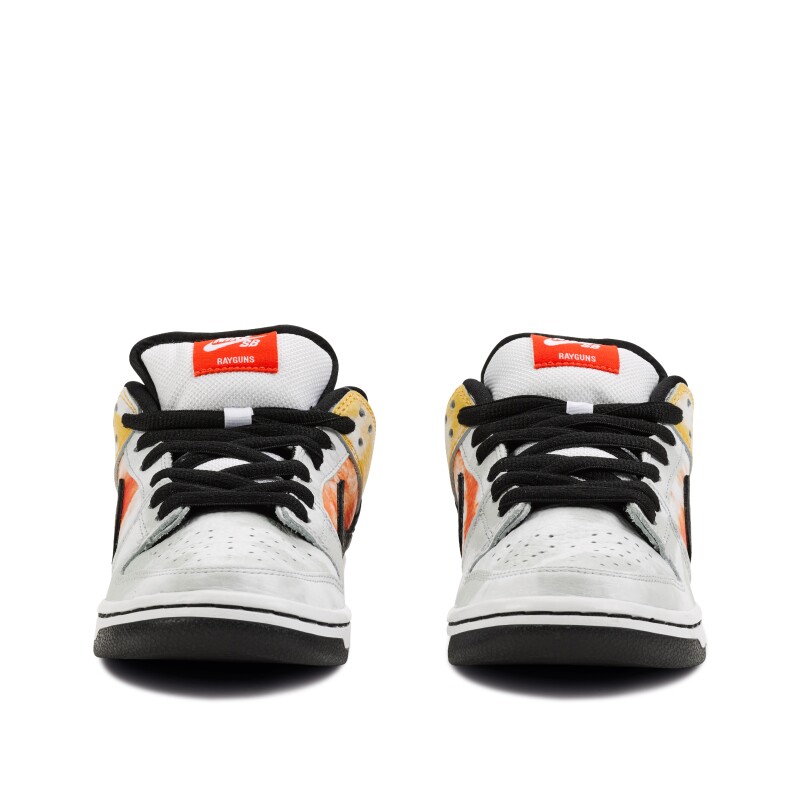 The Nike SB Dunk Low 'Tie-Dye Raygun' is part of a 'home/away' pack released in December 2019 after the original 2005 SB Rayguns. The 2019 pack is a tribute to the late Sandy Bodecker, the Nike executive responsible for the rise of Nike SB in the early 2000's. The design is inspired by the tie-dye Rayguns hoodie that Bodecker often wore. This colorway features a white premium leather base with orange and yellow tie-dye accents. The embroidered graphic on the lateral heel gives the nod to the Roswell Rayguns, the fictional ABA team that starred in a 2002 Nike Basketball ad campaign. Dunks popularity with skateboarders led to the launch of the SB line in 2002, featuring additional padding and Zoom Air soles.