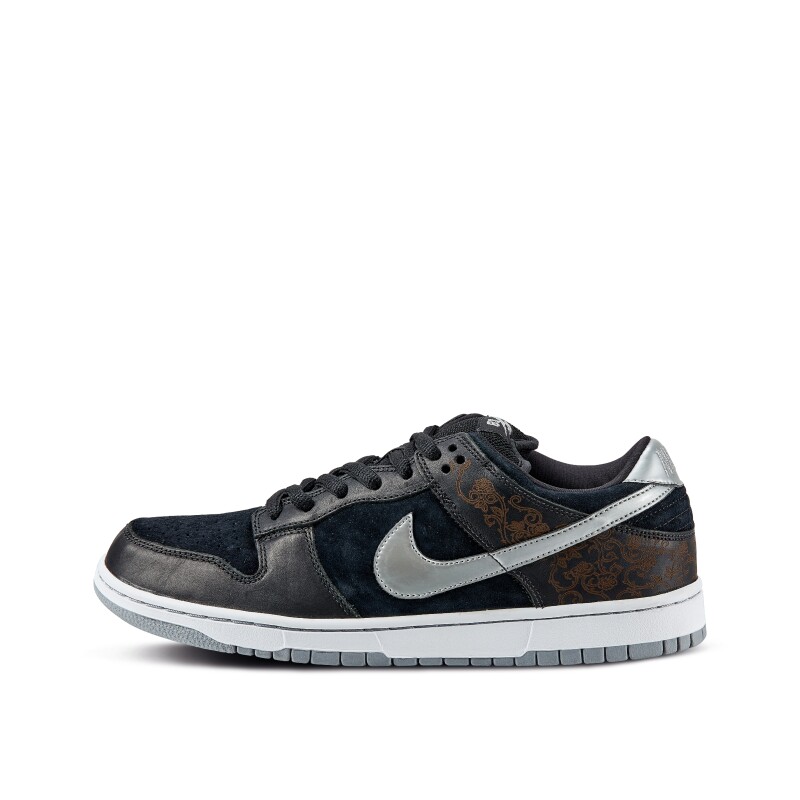 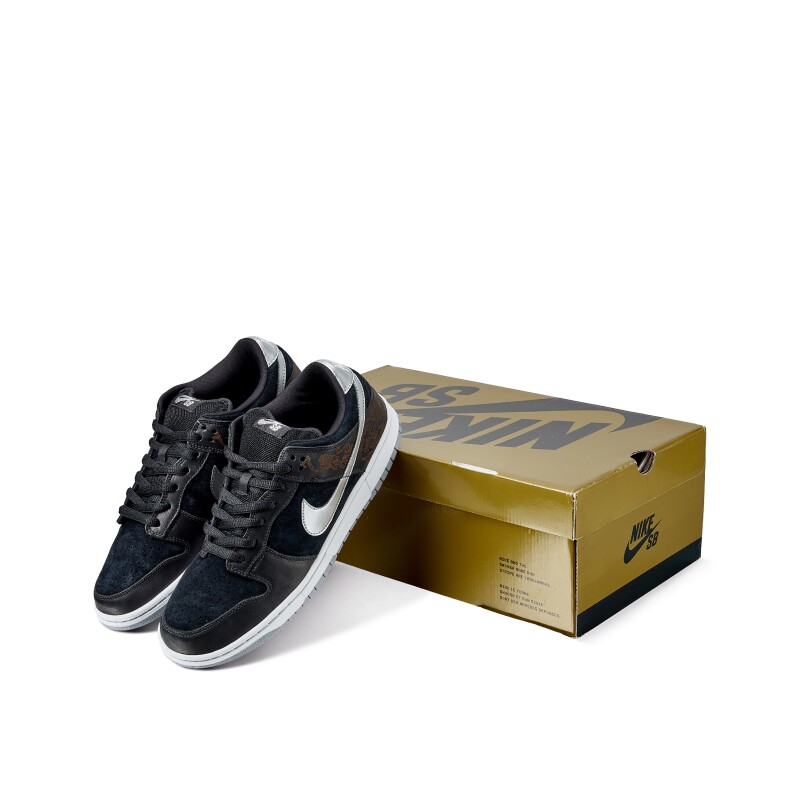 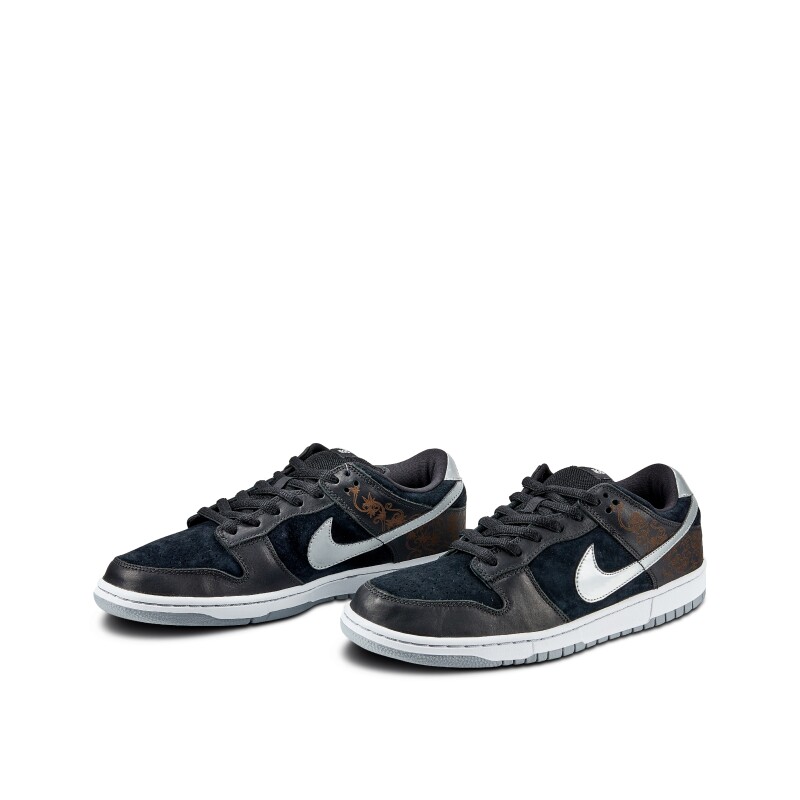 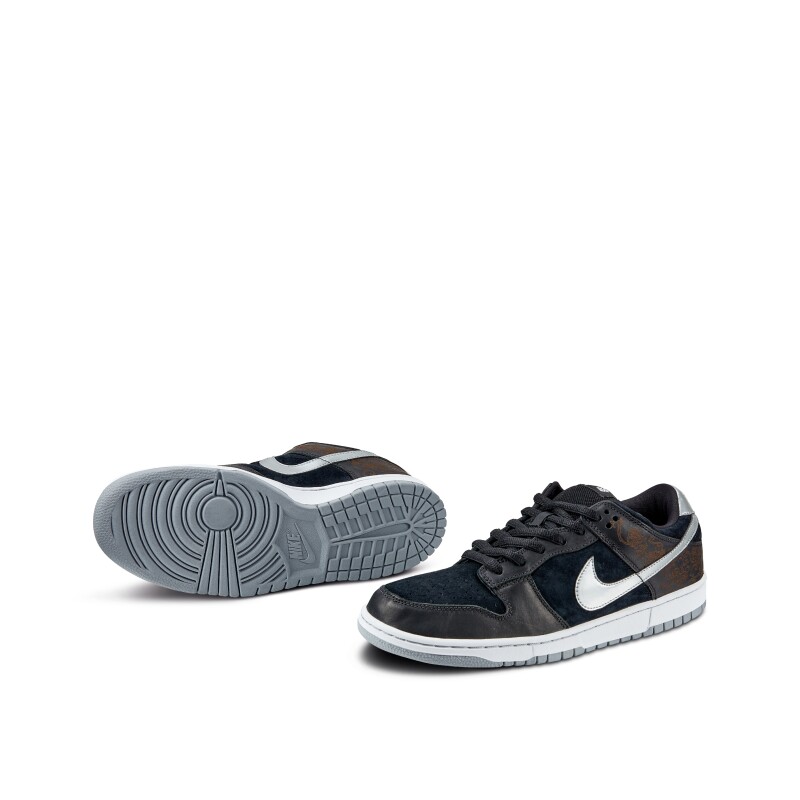 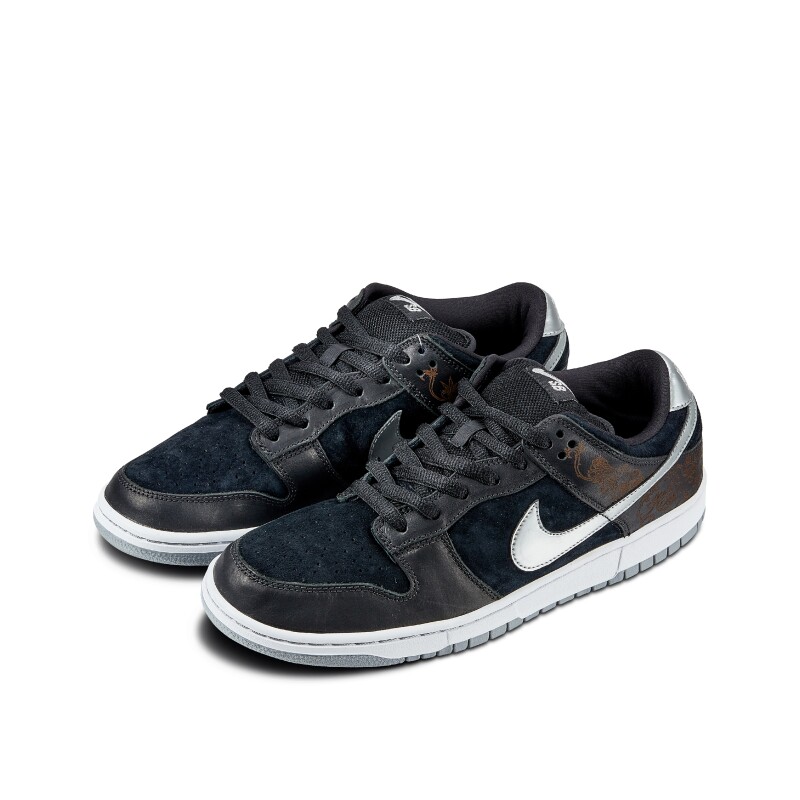 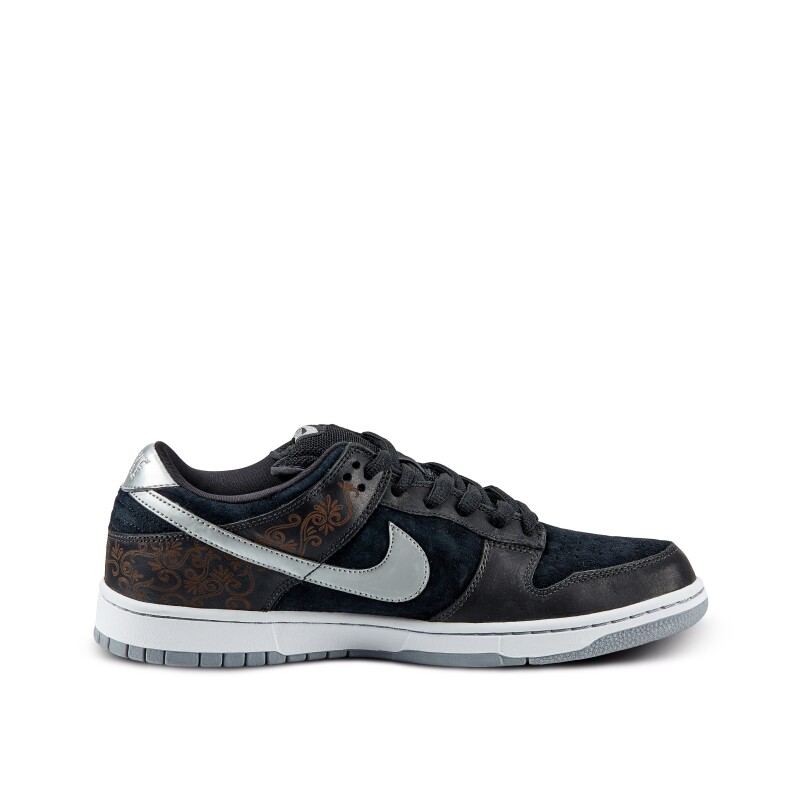 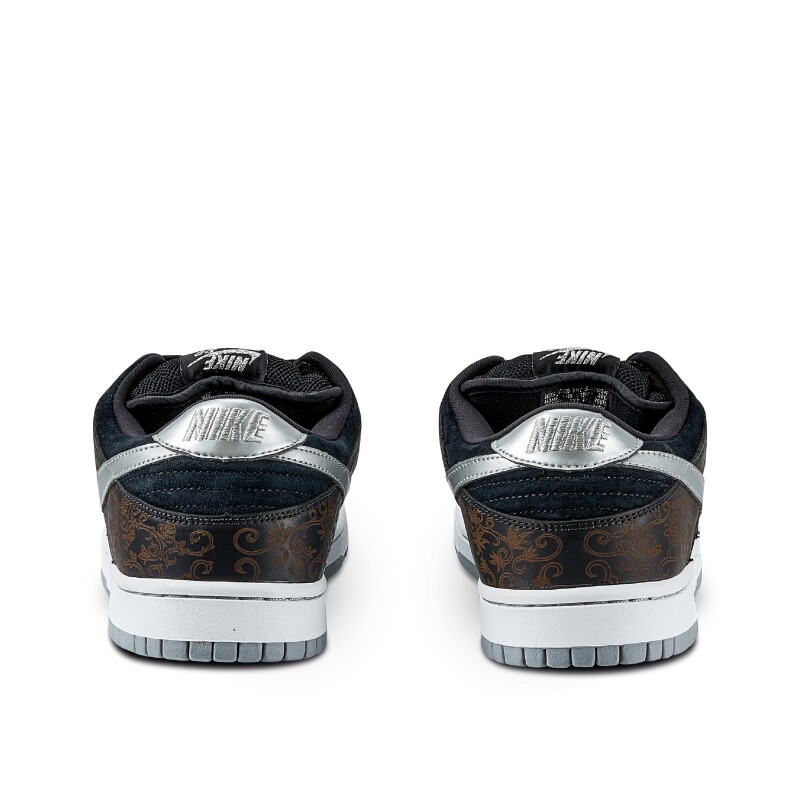 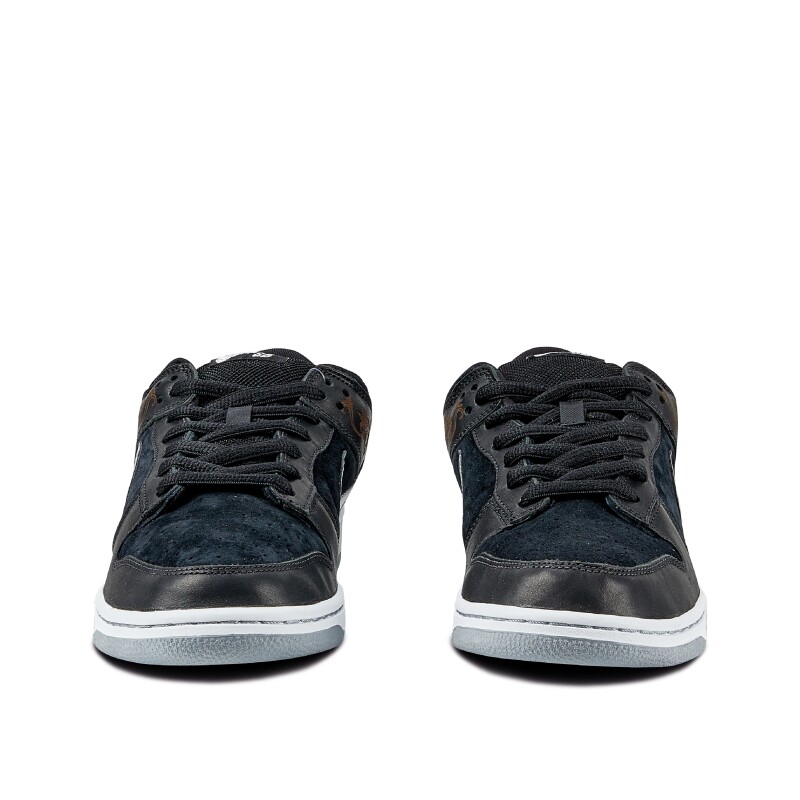 Released in 2007, the Nike SB Dunk Low Premium "Takashi 2" is the second SB collaboration with pro skater Takashi Hosokawa. The upper is in a combination of black leather and nubuck, accented with a Metallic Silver Swoosh and floral laser details by the heel.

The Nike Dunk, designed in the 1980s and intended for basketball, was eventually repurposed for skateboarding. The popular model would be reworked in the early 2000s with upgrades for the skateboarding community, leading to the formal debut of the Nike SB brand. The man behind it, former Nike executive Sandy Bodecker, is credited with building one of Nike’s most beloved subdivisions with the Nike SB line.

Sneakers manufactured 10 years or more prior to date of sale may display signs of age and may deteriorate faster with wear.